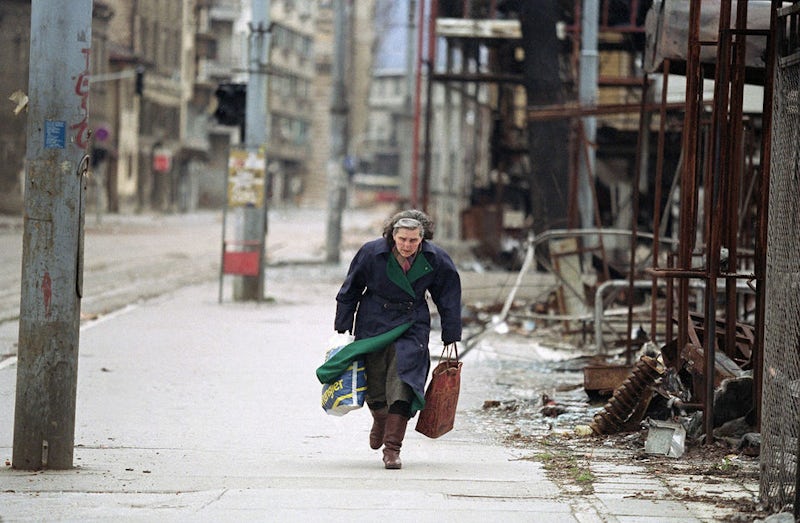 During the Bosnian war, Sarajevo was occupied from each side of the city and the area was completely blocked off. This is how the Tunnel of Hope saved the Bosnian people as supplies arrived through the tunnels. On this tour a professional guide will take you to the main war locations and you will get a chance to hear the people of Sarajevo share their stories of a besieged Sarajevo.

Can you imagine 4 years of siege? Four long years without elementary supplies, fours years under threat of bombs, four years with no sun in the sky? Yes, the people of Sarajevo are live witnesses and here to share the experience and tell their story of a besieged Sarajevo. Visiting the main war locations will illustrate the story by themselves – words will not be needed. Sarajevo was under occupation for long time, and its marks are still visible all over the town. The remnants are being kept as monuments and also as a great reminder of what shall never happen again.

The story about the Tunnel of Hope is definitely the main mark and determination during the war period of 1992 to 1995 in Sarajevo. Sarajevo was occupied from each side of the city during the siege and the area was completely blocked off. Since there was no way to reach free territory and in order to provide elementary existence supplies, some kind of solution had to be provided. That is exactly what happened. A short movie made during the war period and the Tunnel construction tells the story about the Tunnel. All museum items were collected from during the war, and the whole surrounding area will give you a clear image about how Sarajevo survived the greatest siege in human history. Maybe you will tear up, maybe you will feel a cold breeze from the war, maybe you will be speechless but one thing is for sure – one cannot stay apathetic.