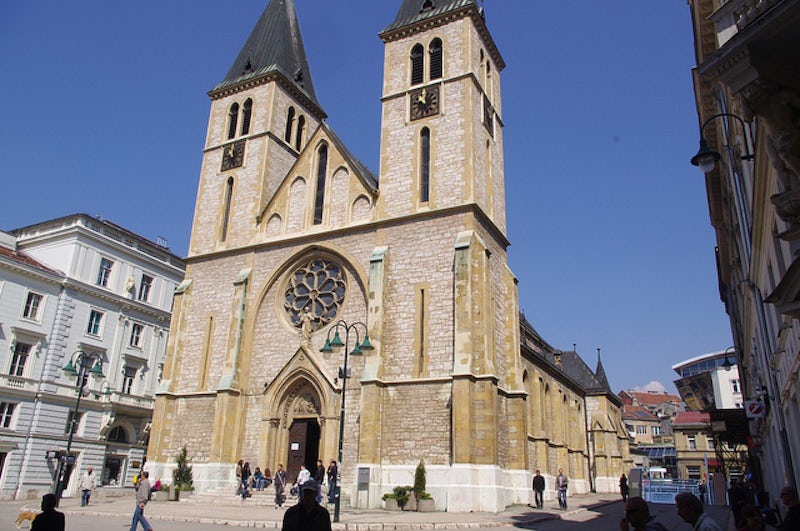 Learn about Sarajevo during a walking tour with a professional guide. See and experience the multicultural city where great empires like the Ottoman Empire, Austria-Hungrian Empire and Communist Yugoslavia ruled and left their marks. The city’s friendly citizens, unique architecture, fresh made coffee scent, rich history and soul will leave you speechless.

The city of Sarajevo represents the capital of Bosnia and Herzegovina. It is a place where different cultures meet and makes Sarajevo a unique multicultural center. It is also a city where great empires ruled and left marks all over the country like the Ottoman Empire, Austria-Hungarian Empire, Communist Yugoslavia and the modern period of independence. Is there a better example of a multi-confessional society than four religious temples within a 100 meter radius?

The sounds and prayers one can hear at the same time represents a feeling which cannot be described but has to be experienced. The scent of authentic coffee, the smell of a traditional kitchen, the historical appearance of the old part of the town, friendly citizens and the soul of the city itself will definitely guarantee an excellent vacation. Can you imagine that Sarajevo was the center of the world in 1984? It was the year of 14th Winter Olympic Games. Only eight years later, Sarajevo was war field, with the longest siege in modern history.