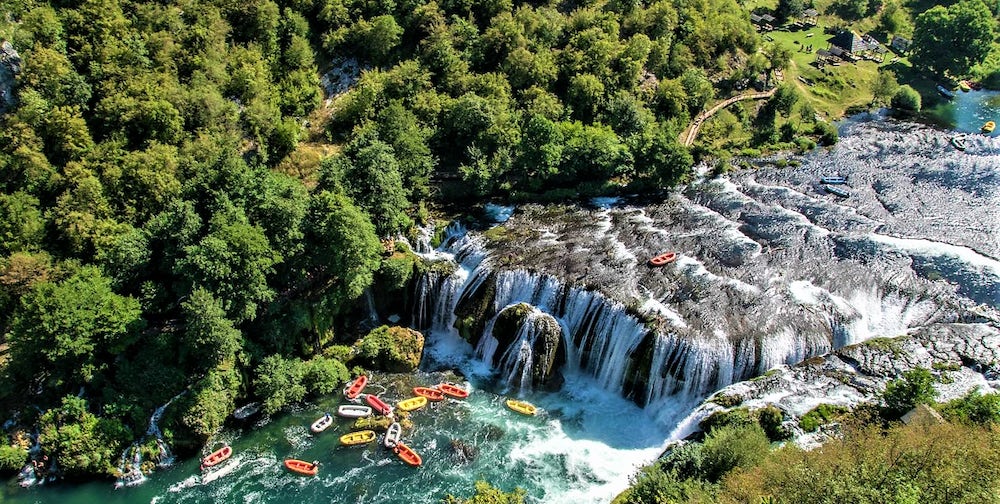 Why Are July and August Best Months to Visit Una River Region?

Una river in Bosnia and Herzegovina is a wonderful attraction and here's why you should choose July or August to visit.

Stunning views of the Una River's canyons and waterfalls, strolls through one of the charming towns of this region or a visit to one of the old town fortresses and castles scattered all over the Una-Sana Canton may be much more enjoyable if you visit these places at the right time. We definitely believe that would be around the months of July and August, when the region hosts numerous sport, cultural and other events.

Bihac is a small town located in the northwest of Bosnia, on banks of the Una River. A perfect stopover if you are travelling to the Croatian coast or the Plitvice National Park, which is situated right across the Bosnia-Croatia border. In order to really experience this region, we suggest you go stay there for a few days, take a stroll down the river banks, raft down the Una's falls or simply enjoy the view over emerald green water and listen to its sound. 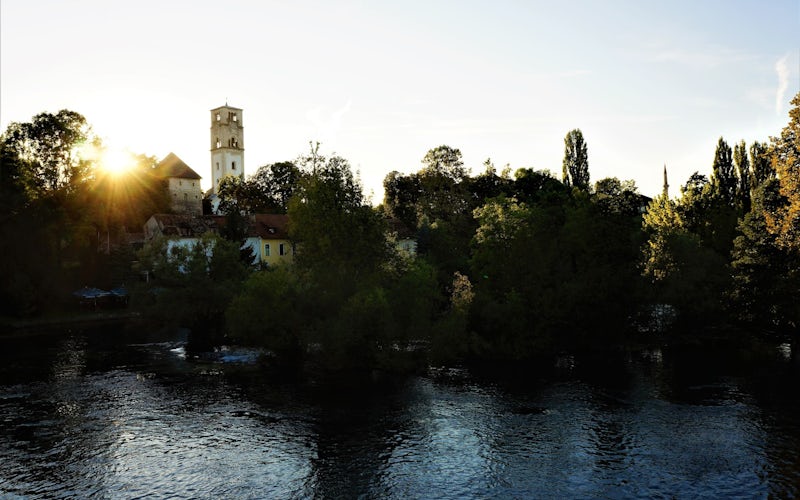 Sunset in Bihac with city landmark in the background; the Remains of Church of St. Anthony of Padua from 19th century, also known as the clock tower. Wonderguide/Lejla.

Una River makes a natural border between Bosnia and Croatia, and it runs through the youngest of three Bosnia’s national parks – National Park Una.

The rivers and lakes of this national park are its biggest tourist attractions and if you are an outdoor type of a traveler, then a weekend getaway full of activities such as white water rafting, hiking, kayaking, canoeing, snorkeling and diving is a must. 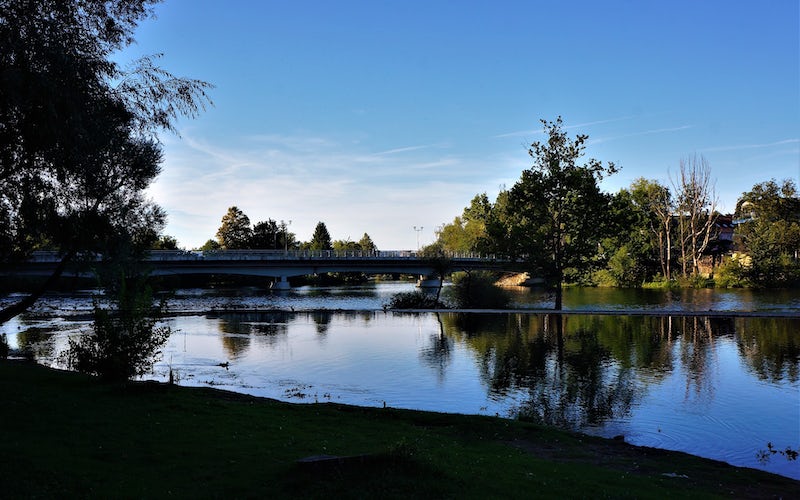 Now after briefly introducing both Bihac and the Una National Park, let’s walk you through the highlights of the region so you can make a proper plan for visit according to your interests.

It is impossible to speak about the Una River without mentioning the International Tourist Una Regatta. Taking place in the second half of July, this sport event gathers participants from all over the world. These four days are lifetime experience for the participants but spectators definitely enjoy as well.

If you are not brave enough to join the crew and raft down one of the Una’s waterfalls, no worries, you can still take part in the rafting during the final and the longest stage – between the towns of Bihac and Bosanska Krupa, which is not so technically demanding even for the least experienced ones. Everyone agrees that the most attractive and the most demanding stage is the one starting from a beautiful, 82 ft tall waterfall The Strbacki Buk to Bihac. 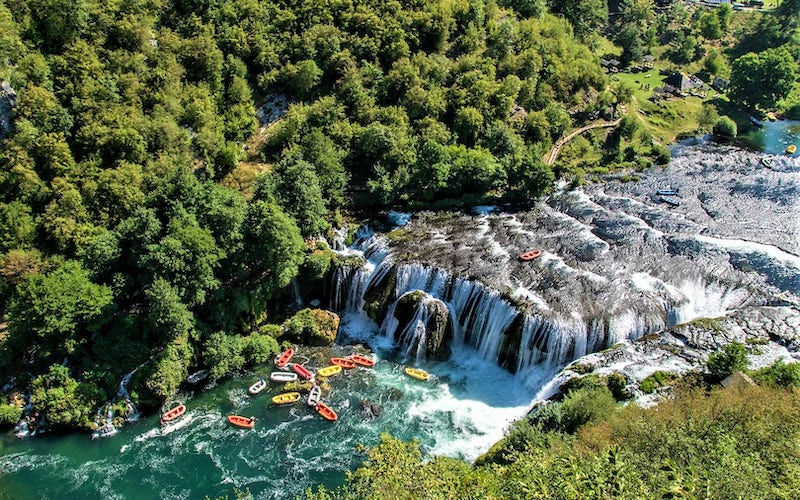 The Una Regatta lasts for four days. It kicks off with a picnic in Martin Brod camp and the official opening ceremony which closes the day number one. You may consider arriving earlier to this village and do some sightseeing. It is home to the biggest, some 177 ft tall waterfall on the Una River – also called Martin Brod.

The village is located at the exit from two canyons, the place where the Unac River meets Una. Other attractions include numerous canals, fast currents, islands and a few smaller waterfalls. 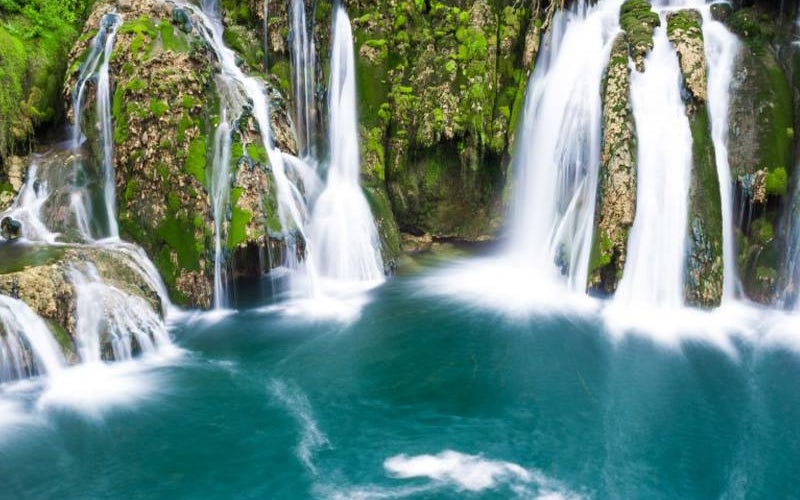 Waterfalls of Martin Brod, a must see in National Park Una. Photo: Facebook/UnaNationalPark.

Day two starts early in the morning with a raft down the river, passing through a small town of Kulen Vakuf and arrival at the Strbacki Buk waterfall camping area. Besides the final stage of the event, this one is also adequate for the beginners or those less brave.

We have already mentioned the Strbacki Buk waterfall, which is according to the many one of the most beautiful waterfalls in this part of Europe. It attracts many visitors throughout the year and it has recently been nominated along with the Martin Brod waterfall as candidate for the UNESCO list of the World Heritage sites. 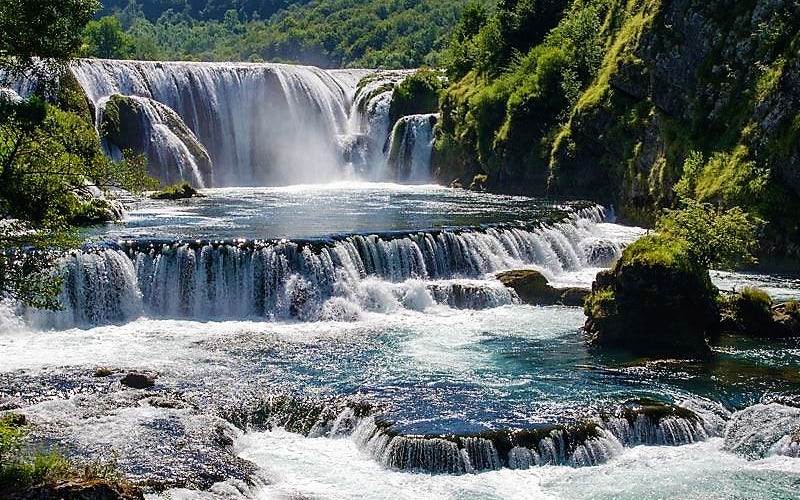 Day three is the most exciting one. After a raft down the Strbacki Buk waterfall, the participants go on towards Bihac where they spend the night in a camp on island, located in heart of the town.

The rest of the evening and night is filled with numerous fun events as we prepare for the final day and final stage of the rafting. Day four is an easy-going one, and participants can enjoy the green views of the Una River canyon as they are approaching the town of Bosanska Krupa, where the Una Regatta ends with an official ceremony. 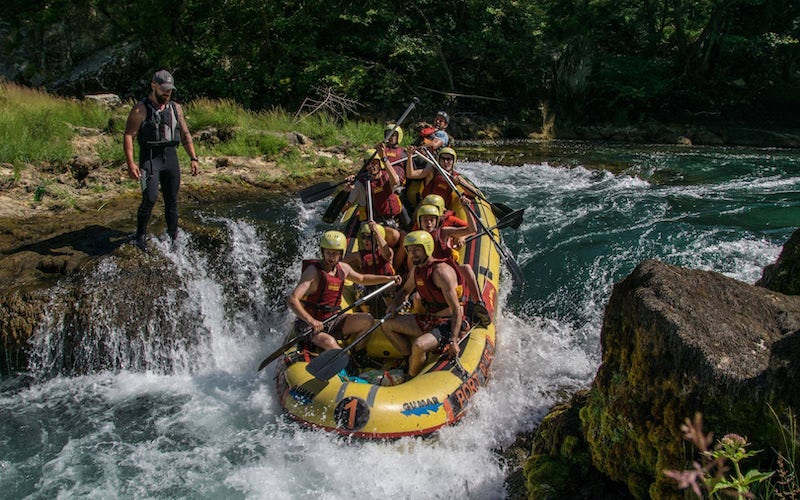 If you are more of a cycling type, then you should visit  in August, the month when the International Cycling Tour ‘National Park Una’ is taking place. The 28-miles long route takes you from Bihac to the National Park Una (Gorjevac entrance), where you get to see the best spots of this hidden gem of nature.

Last but not least is a popular route known as ‘Traditional Tourist Rotary Train’ – a unique rail journey through the Una River valley and the Una National Park, which can be booked every August. 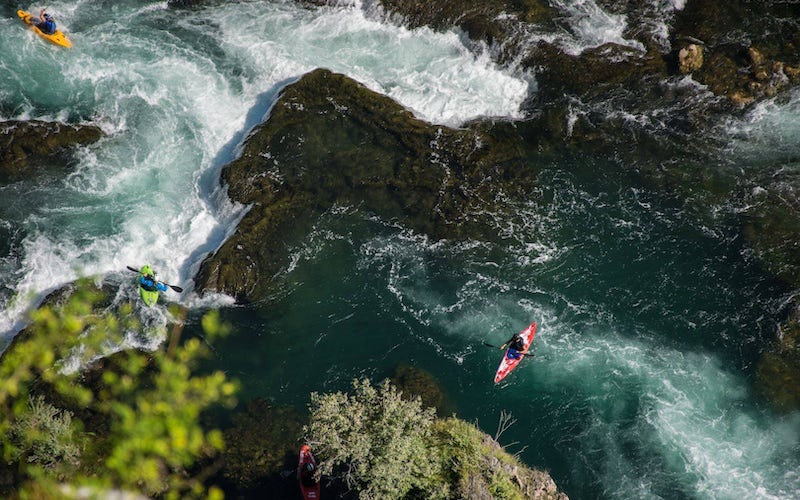 Detailed information on all these activities, programs, flora and fauna diversity of the national park, etc. are available on the park’s official website.

Those travelers that are perhaps a bit less adventurous have plenty of other opportunities during their stay in and around BIhac; from tasting local cuisine, lounging along the river to exploring one of the historic sites. This time we will introduce you to three magnificent medieval castles and fortresses, scattered on hills of the Una River region. 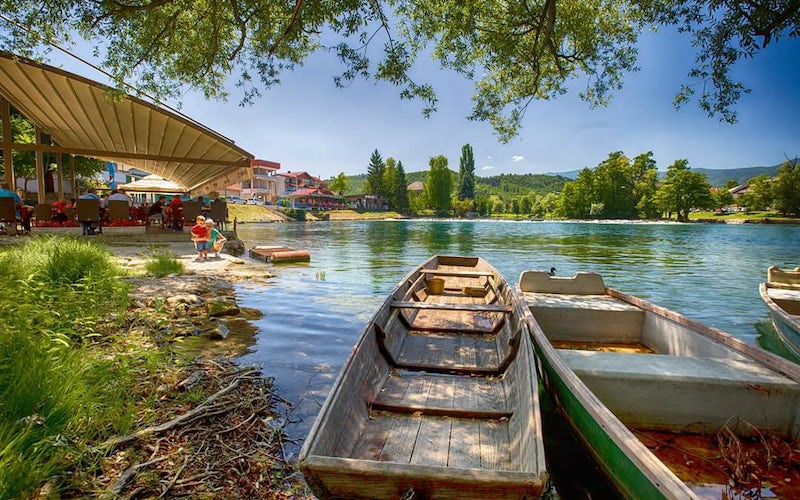 One of numerous spots by river in city center to take rest and clear mind. Photo: Facebook/I Love Una.

The first on the list is Ostrozac castle and fortress, less than 10 miles away from Bihac, on the regional road to the town of Cazin. It is often said to be one of the most beautiful castles in the country. Although its interior is not well-preserved, both the castle and the surrounding area within the walls are worth visiting.

This place is often used as a venue for musical events, festivals and art colonies but if you happen to visit it when none of these events are taking place, you can still enjoy the visit admiring the unique architecture of the castle and magnificent view over the Una River canyon! 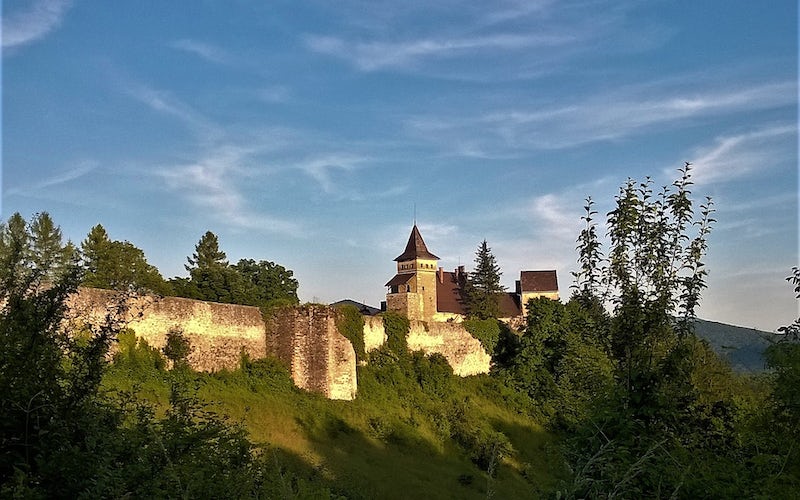 Another medieval complex we suggest you visit during the stay in Bihac region is Sokolac fortress. Already visible from the city center, and reachable by car in some 20 minutes via the road to the Una National Park.

It attracts many visitors, especially after the recent renovation. Just like Ostrozac castle, it offers magnificent views over the valley and the green forests surrounding it. 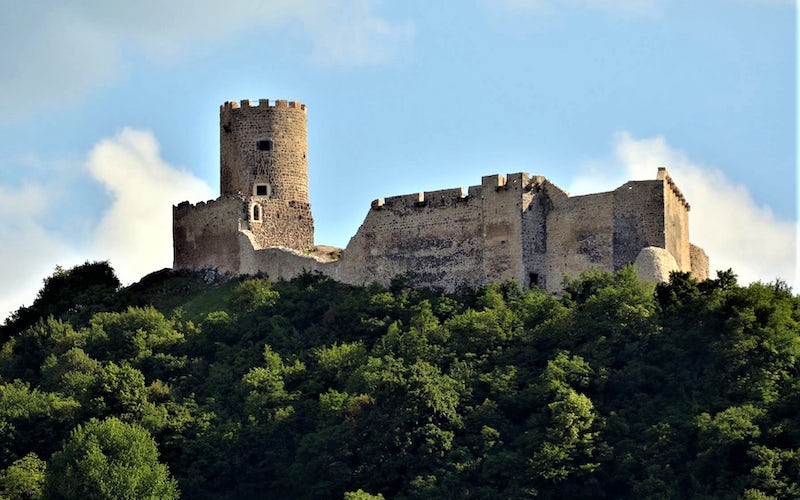 Make sure you read about rich history of these two castles before seeing them, it will certainly make the experience more memorable!

And finally, let’s mention a few more events that tourists can enjoy if they visit during the months of July and August: adrenaline lovers should not miss hillclimbing race ‘Krajiska zmija’ in August, electronic music festival ‘Imperium Fest’ in end of July, cultural event ‘Bihac Summer’ also in late July, and so on.

Trebinje: The Mediterranean Town of Bosnia and Herzegovina
Story