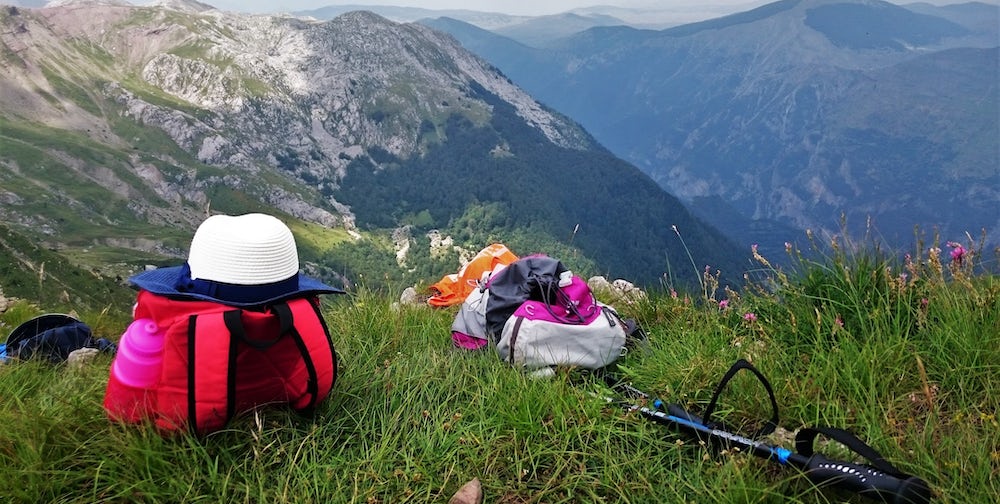 If you missed visiting one of the Olympic mountains surrounding Sarajevo in winter, don’t worry, they have a lot to offer even during the snowless months. Join one of the tour groups organized every weekend for a great hiking and trekking experience. Or just rent a car and take yourself there, there is a lot to see even if you decide to discover them on your own.

If you are staying in Bosnia, especially in its capital Sarajevo, then you should not miss an opportunity of visiting at least one of its Olympic mountains. Located half an hour drive away from the city center, Mount Bjelasnica, Mount Jahorina, Mount Igman and Mount Trebevic  will definitely enrich every tourist’s stay in Sarajevo.

The Bosnian capital hosted the Winter Olympic Games back in 1984 and it broke many records at that time – in number of competitors, Olympic national teams, media representatives, etc. This sport festival was also unusual for being held in a developing country i.e. region, and it was hoped to serve as driving force for development of tourism in the region.

Many sport venues were constructed across these mountains and it seemed like the goal of turning the region into a tourism paradise would be achieved. However, the 1990s war destroyed much of the infrastructure and only up until recently, it seemed like these sites would stay nothing but abandoned venues forever. Luckily, that has changed and it still rapidly does.

Many Sarajevans would say this is their favorite of the four nearby mountains. Easily accessible, it offers a wide range of hiking routes. Once you get to the central part Babin Do, where its Olympic venues are situated, it is up to you to decide – to stay and absorb sunlight in one of the nearby café to take a demanding and challenging route taking you to 6, 781 ft high peak, to take a stroll through a green park to Javorov do, or to discover one of the last remaining, authentic Bosnian mountain villages Umoljani.

One more site worth mentioning here, for those more adventurous ones, is Rakitnica river canyon, located on the way to Umoljani village. If you think you aren't fit enough to withstand a couple of hours’ long hike, there is a solution – rent one of those four-wheeled motorcycles at Babin do and hit the road. Yes, it is all connected with roads!

Another Olympic beauty, part of Dinaric Alps mountain chain, hosts of many visitors during the winter season. Those who like to ski or snowboard say this one has best ski runs. For the hiking and trekking enthusiasts, Mt. Jahorina provides less challenging routes during the spring and summer seasons. All you need is a pair of comfortable shoes and trekking poles.

Mt. Jahorina is rich with beautiful views, variety of flora and fauna, it differs from the nearby mountains due toits healthy and favorable climate throughout the whole year.

The view over Sarajevo mountains. Wonderguide/Lejla.

This is the Olympic mountain whose sport venues were devastated the most during the war and have not fully recovered yet. Most of the infrastructure has not been reconstructed but that is exactly why it attracts tourists who are eager to see the last remaining traces of the 1990s war.

Besides that, the unique greenery and coniferous trees catches the eye of every visitor. Its untouched nature image has probably been preserved due to a very low population density in the area.

The flora of the mountains. Wonderguide/Lejla.

The slope of Mt. Trebevic literally reach the outskirts of the city and it may be the most visited of the Sarajevo mountains. Regardless of season, Trebevic welcomes numerous hikers, trekkers, tourists and simple visitors who’d like to escape the city for a short break. Its highest peaks are easily accessible even for the not-so-prepared hikers. One of the most visited sites on this mountain is the Olympic bobsleigh track. Although devastated in the 1990s, it has frequently served as a sport venue for downhill, skating races and other events since then.

While walking towards the spot that used to be a cable car stop, you may want to stop for a while to take a breath and enjoy stunning view over Sarajevo. Just pray for clear sky and great photographs are guaranteed. A cable car up Trebevic is currently being reconstructed, so it will hopefully be connected directly with the city center again.

Those willing to stay for a night or two should note that Sarajevo Olympic mountains offer a wide range of accommodation: hotels, motels, cabins, houses for rent, mountain huts, etc. all that for very affordable prices.

And finally a few tips: even if it is spring or summer season, don’t forget to bring along some extra clothes in your backpack for unexpected wind or chilly weather. Also, for those exploring on their own, it is obligatory to follow only marked paths and to obey hiker’s code of behavior. Larger parts of areas are covered by cellphone signal and controlled by local mountain rescue services’ teams.