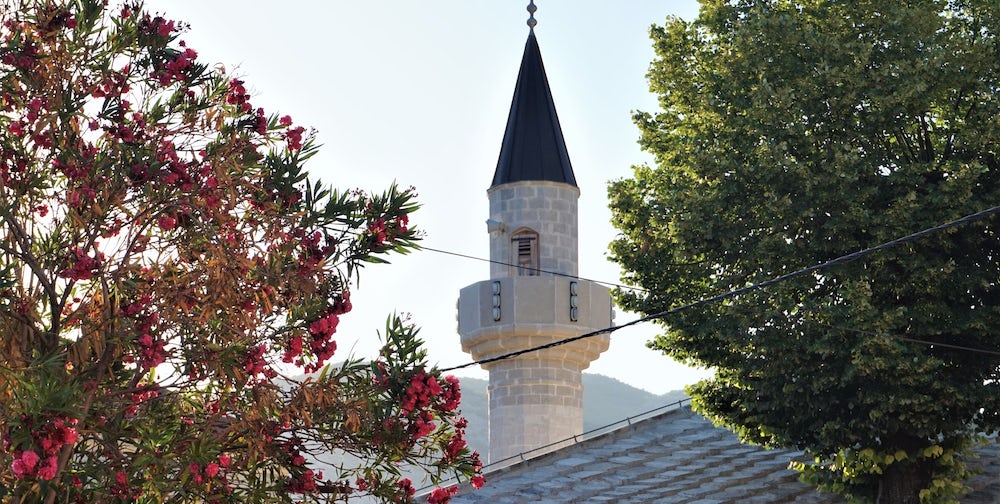 Trebinje: The Mediterranean Town of Bosnia and Herzegovina

Mediterranean yet continental, Trebinje attracts visitors with its rich cultural heritage, cuisine, specific climate and being only half an hour car ride away from Adriatic coast. Below are tips for what to do and see while there.

This southern town in Herzegovina region is easily accessible from various directions and different means of transportation; besides regular bus connections with major cities and towns in Bosnia and Herzegovina, it is also within reach from airports in Sarajevo and Mostar (BiH), Dubrovnik (Croatia), or Podgorica and Tivat (Montenegro). 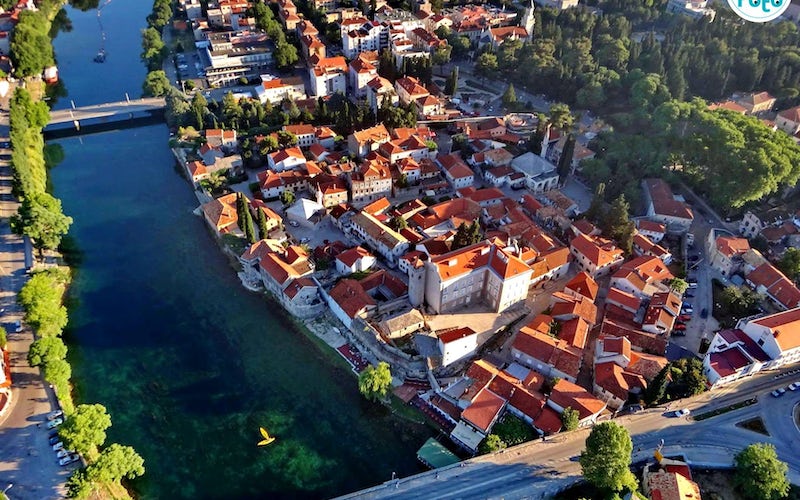 Trebinje is located in the hinterland of the Adriatic coast, due to its climate many people call it “the City of the Sun”. It is known for its cultural and historical heritage, hospitableness, and its rich and diverse gastronomy.

The most charming part of Trebinje is its old town, called “Kastel”, dating back to the Ottoman era and built on banks of the Trebisnjica River. Its old, original architecture is still untouched, and this is the most visited part of Trebinje not only by tourists but also by locals. 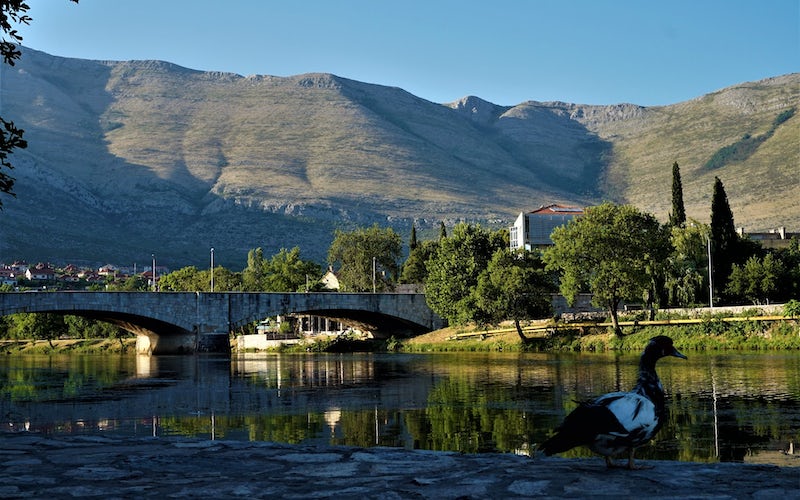 One of the three bridges in Trebinje, Stone Bridge, was built in 1953. Wonderguide/Lejla. 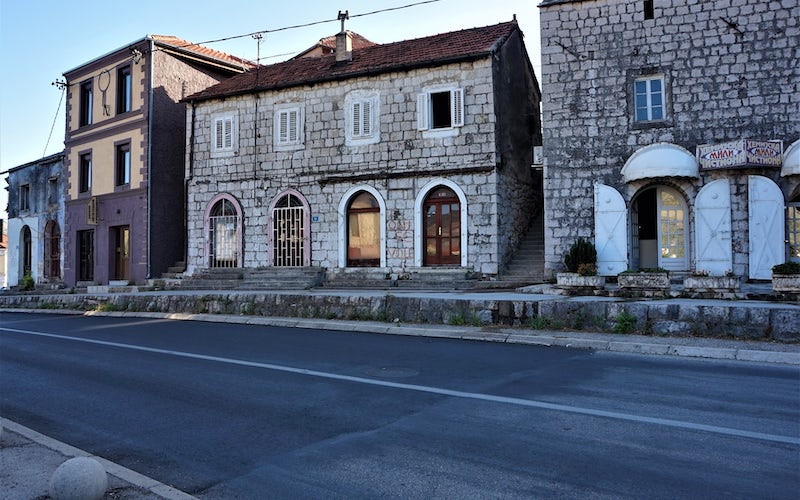 Owing to its rich history, the main attractions here are architectural works from 4th through 16th, 18th, 19th, to beginning of the 20th century, including bridges, churches, monasteries, mosques, etc. The town does not lack natural beauty either. It is surrounded by karstic plains and hills, and it is settled on crystal clear water of the Trebisnjica River – known as one of the longest of subterranean rivers in the world (116 miles above and under the ground).

Trebinje cuisine is based solely on domestic products. Its autochthonous wines, cheese, honey, dried fruit are delicacies that anyone visiting the town must try, just to name a few.

We drove to Trebinje from Sarajevo via Mostar, Blagaj and Stolac. Although it is reachable via other roads, this one seemed to pass through the most picturesque areas. If you are not into GPS trackers or Google maps guide, road signs will do just fine. The road may get bumpy at moments, but at least there is not much traffic on the road. Make sure though that your fuel tank is full, because gas stations are a rarity after you leave the town of Stolac. 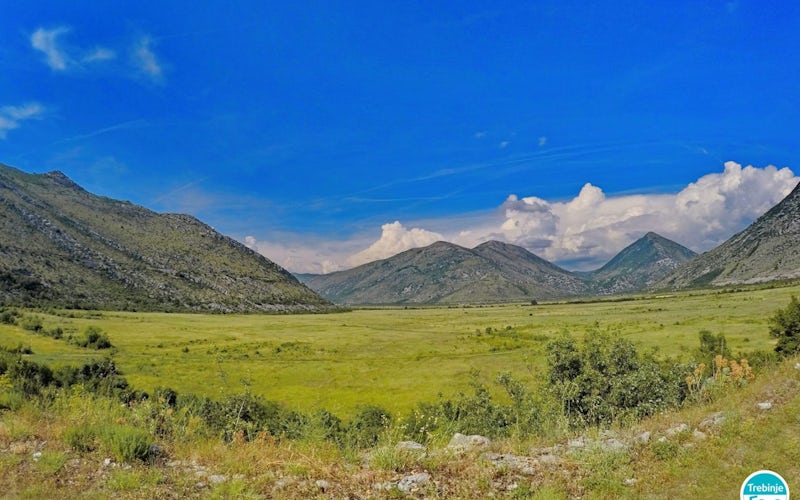 Popovo Polje, a karstic plain on the way to Trebinje, in the Trebisnjica River valley. Photo: TrebinjeInfo/Facebook. 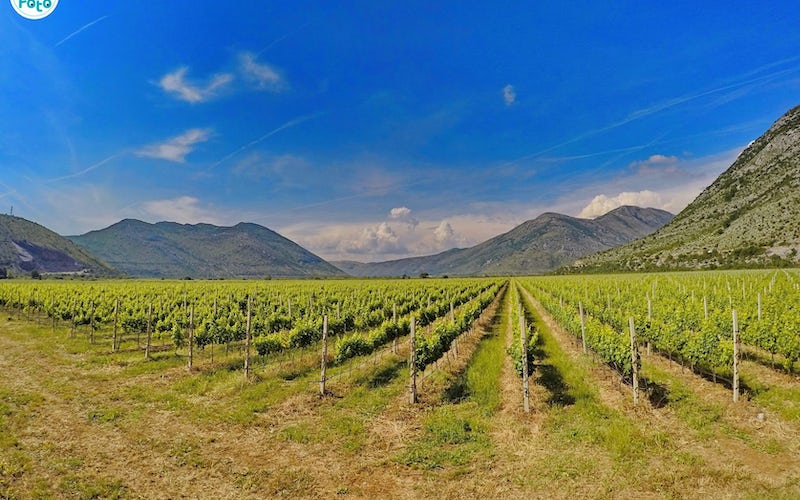 A vineyard on the way to Trebinje, the Trebisnjica River valley. Photo: TrebinjeInfo/Facebook.

Somewhere in-between Stolac and Trebinje (about 25 miles away from each town) you will see a sign ‘Vjetrenica cave’ and this is definitely a place worth of making a break. It is the largest cave system discovered in Bosnia and Herzegovina, with total of almost three miles of passages and the main passage stretching on 1.5 miles.

Among the main archeological discoveries are the ancient drawings estimated to be over 10.000 years old. There are many small lakes in the cave and endemic types of shellfish, found only in deep underground aquifer systems.

The main attraction of the cave is the Golden Hall. Unfortunately, the official website of the cave (vjetrenica.ba) does not provide detailed information in English, but basic info on tickets, opening hours etc. is available. 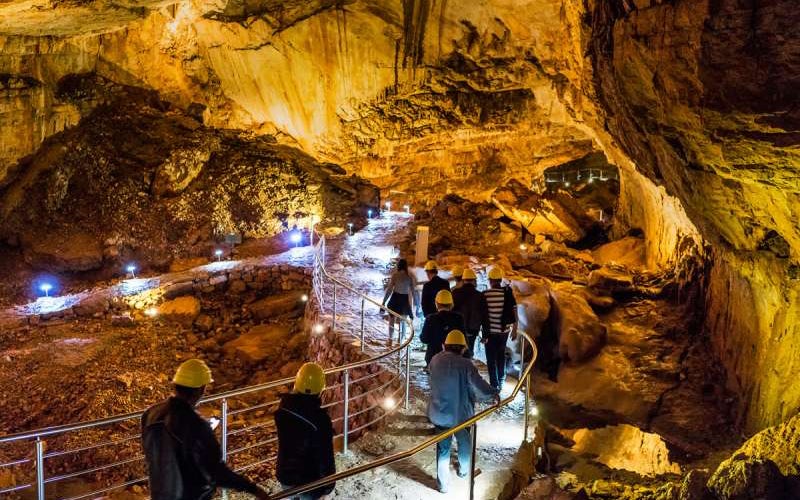 The most convenient way to explore this town is on foot, since most of the main attractions are located in and around the Old Town walls. Regardless of length of the stay, ‘musts’ of Trebinje include:

The Central square, colloquially called Platani, named after the stone-walled hotel and its terrace, where locals spend most of their leisure time, especially during the summer. 16 trees (called ‘platani’ in local language) older than 100 years create a thick shadow on this square  originating from Austro-Hungarian era and the place is considered to be one of the landmarks of Trebinje. 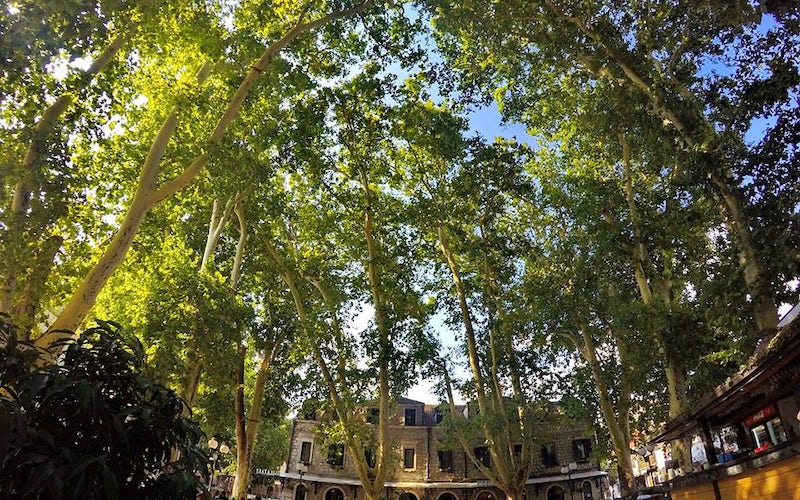 The local market, which opens every day on this very square at 0700 in the morning brings people from nearby villages who offer local specialties such as herbs, cheese, honey, fruits, vegetables, etc. They let you try their products before you buy it, and prices are more than acceptable. 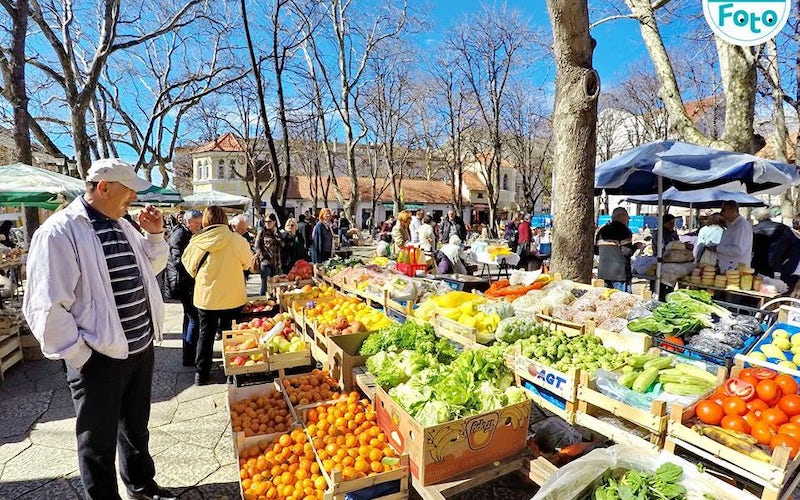 A walk through the Old Town Kastel will take you back in time. What makes this old town special is the fact that it is still inhabited and is not visited only by tourists, but also by locals, who pay regular visits to their favorite cafés inside the walls.

Small charming streets, cozy cafés, traditional architecture and huge building of former Austro-Hungarian barracks, today’s Museum of Herzegovina – if you are history and art lover, then do pay a visit! 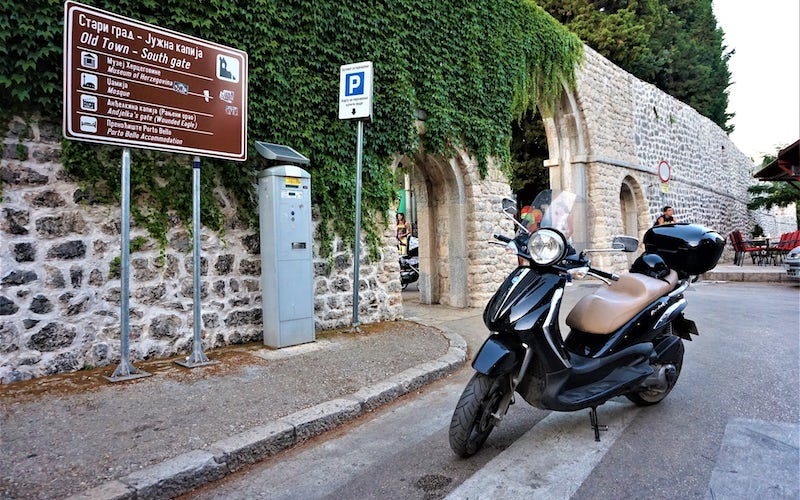 The walls at the south gate of the Old Town. Wonderguide/Lejla. 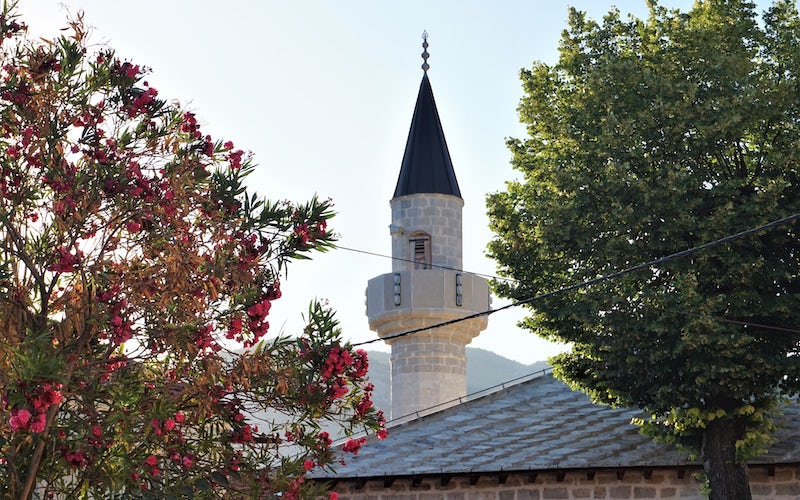 Tsar’s mosque from the beginning of the 18th century. Wonderguide/Lejla.

One of the best known landmarks of Trebinje is certainly the Arslanagic Bridge, in recent years also called the Perovic Bridge. It is a magnificent structure 50 ft tall, built by an Ottoman officer in the 16th century, that wasused as checkpoint for caravans carrying food and goods. Today it connects promenades on both sides of the river and is a monument admired by tourists and passers-by. 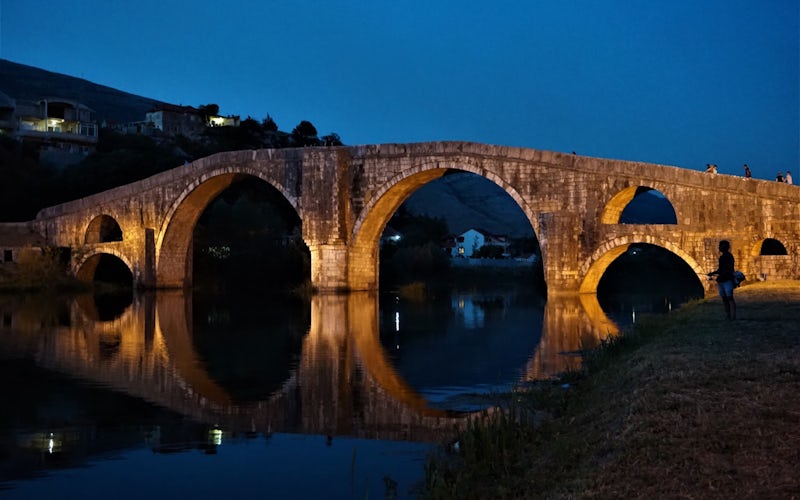 A one last must-see of Trebinje, situated a bit away from the town center, is the Herzegovinian Gracanica. It's a monastery sitting on top of the hill overlooking the whole Trebinje and the valley surrounding it. It is the only viewpoint of the town and is definitely worthy of a visit. 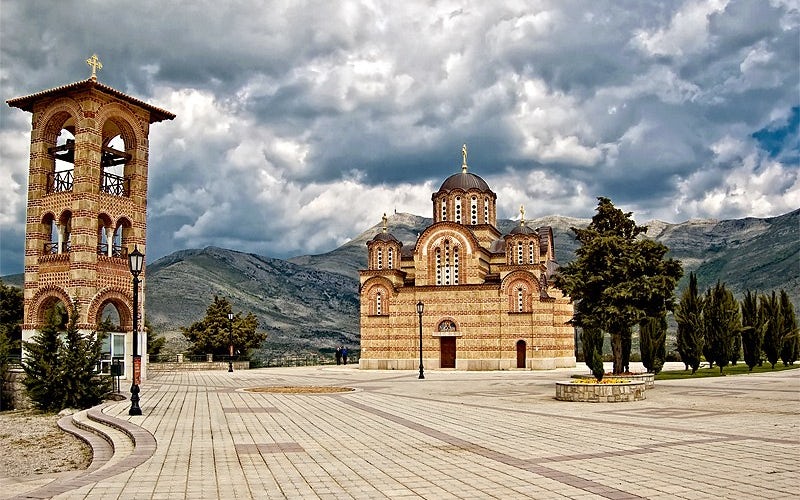 Where to eat and go out

Once you start walking through the Old City and the central square you will come across numerous restaurants, cafés and bars, and, telling from the number of their visitors, they all must be excellent hosts. But here is a list of a few places that we visited and highly recommend. 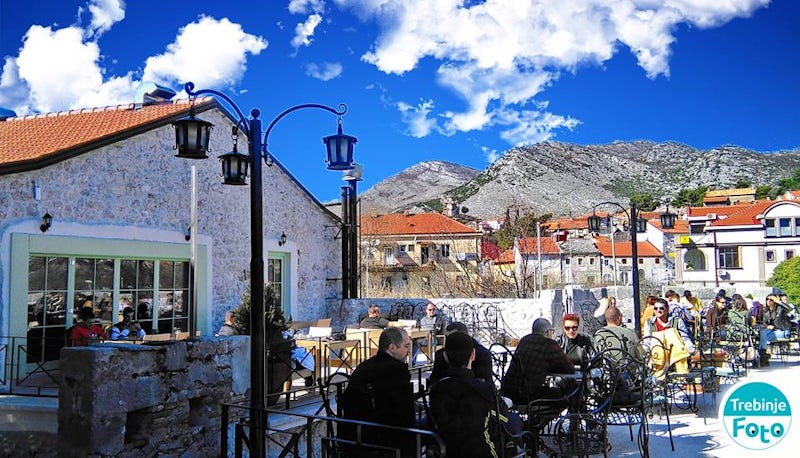 As for the nightlife, we followed the locals who seem to be enjoying their evening time the most in the bars and cafés in the central part of the town, mostly in the Old Town. These places include ‘Nautic Bar’ in a historic building, which attract visitors owing to its interesting interior and exterior design. What they all have in common are incredibly low prices and excellent service.

For a small town that it is, Trebinje has numerous options for accommodation. From Airbnb rentals, motels, to hotels – it has something for everyone’s budget. You can definitely rely on Booking.com and Airbnb, just make sure you book in advance because they seem to be booked quickly in the summer season.