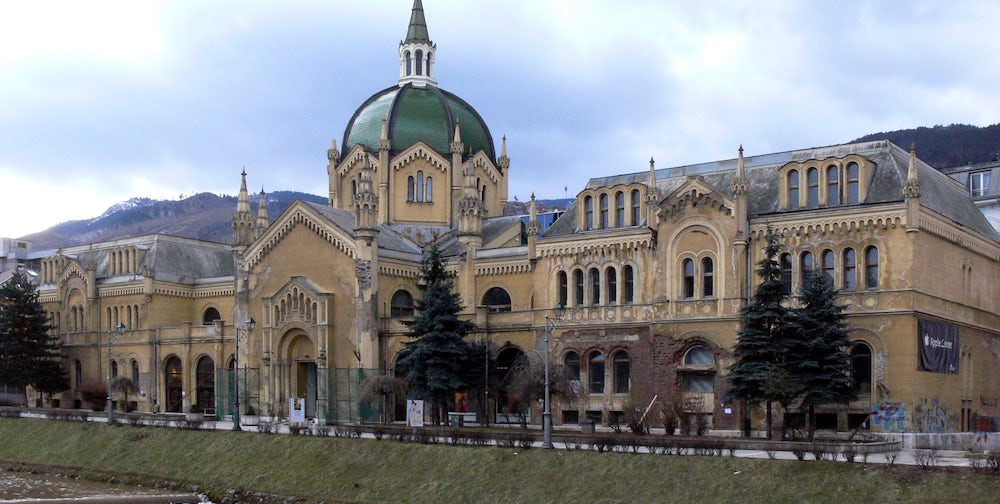 Traveling to Bosnia and Herzegovina – Tips and Guidelines

If you're wondering when the best time is to visit Bosnia and Herzegovina, a small country in southeast of Europe, what to pack, how to get there, which currency you will need, and so on, this article will provide you with all the answers you need

Bosnia and Herzegovina is often dubbed as ‘a heart-shaped land’ in the tourism vocabulary and said to be located in the heart of Southeastern Europe. It is on the crossroads of the East and the West, both in terms of the location and culture. Although many people used to associate the name of the country with the conflict of 1990s, which didn’t add to its popularity, the recent data show that Bosnia and Herzegovina is becoming more and more of a desirable destination by travelers from across the world. They say they are mostly attracted to untouched nature and the variety of landscapes and undiscovered gems that one can see there.

Foreigners often shorten the country’s name to Bosnia only, which is not a mistake, but to make it more clear: Bosnia covers the central and northern part of the country and probably got its name from old Indo-European word ‘bosana’, which means water. Herzegovina covers the south of the country and was named after a medieval ruler Herceg (Duke) Stjepan). You will also often see it abbreviated as BiH, which is international abbreviation for Bosnia and Herzegovina.

The history, culture and religion of BiH in a nutshell

Throughout the history, BiH was under influence of many different rules, cultures, traditions and religions – from the Roman and Byzantine Empires to the Ottoman and Austro-Hungarian rule. During the Middle Ages, the territory was known as the Kingdom of Bosnia – a medieval independent kingdom. Following the WWI, BiH became part of the Kingdom of Serbs, Croats and Slovenes, which was eventually renamed the Kingdom of Yugoslavia. After the WWII, BiH became one of the six Yugoslav republics, which lasted for the next decades. Finally, on the 1st of March 1992, BiH declared independence, becoming one of the youngest European countries at the time.

BiH has a diverse ethnic population of an estimated 3.8 million. The Constitution recognizes three constituent peoples: Bosniaks, Croats and Serbs, who speak their own languages, which are mutually intelligible. Two official alphabets, Latin and Cyrillic, are used in the country. Not as a rule, but the main feature distinguishing these three ethnic groups is their religion, with Bosniaks being predominantly Muslims, Serbs predominantly Orthodox Christians and Croats  predominantly Catholic.

A major part of the population lives in urban areas, especially in the capital. Sarajevo, which was devastated during the 1990s war, is slowly recovering its reputation of vibrant, cosmopolitan mixture of the old and the new, with skyscrapers and modern buildings standing alongside ancient mosques, churches and marketplaces.

Influence of the abovementioned cultures, Roman, Ottoman, Austro-Hungarian, is visible everywhere; from food, architecture, literature to everyday customs. Regardless of ethnicity or religion, Bosnians are known for their friendly and hospitable nature. Visiting is a common pastime in the country, but don’t forget to bring a small present - that’s an unwritten rule.

Best time to visit and getting there

In terms of weather, the best seasons to visit BiH are spring and fall. The air temperature is pleasant enough and the cities and other attractions in the country are less crowded than during the summer. Winters are very cold and usually rather snowy, which makes it a heaven for those who prefer winter season vacationing. In the end, it all depends on the travelers’ preferences. Be aware of thick smog layers that cover the cities of Sarajevo, Tuzla, Zenica, Visoko during the winter. If you are asthmatic or have sensitive on lungs, avoid staying outdoors if unnecessary.

BiH is connected by roads to other parts of Europe and is accessible through dozens of border crossings. Delays and long queues are possible during the high season and the New Year holidays. There are four international airports in the country (Sarajevo, Tuzla, Mostar and Banja Luka) with daily connections with main European cities and hubs.

Pro tip: Don’t take taxis parked in front of the airport, they will probably try to charge you a ridiculously large amount of money. There is a shuttle bus operating from the airport to the city center at the price of EUR 2.5 (one way) and EUR 4 (roundtrip). The timetable is available here: http://www.sarajevo-airport.ba/vijest.php?id=468&lang=eng.

Bosnian Mark (locally abbreviated as KM and internationally as BAM) was originally pegged with the former German Mark and after the introduction of the Euro, it changed its peg without much of a trouble. Make sure you exchange your money because shops or bars will not accept any other currency than Bosnian Mark. Conversion is possible at one of the many currency exchange offices, or you can simply withdraw local currency from an ATM. 2 BAM are equal to EUR 1. Also, the use of VISA or MasterCard is possible practically everywhere.

Public transportation in the capital city is diverse. Besides buses, trams, minibuses and trolleybuses operated by two companies (GRAS and Centrotrans), locals also prefer using taxi services which is very inexpensive. Public transportation tickets can be purchased from the driver and they cost approximately EUR 0.90 for one ride.

BiH is as safe for travel as any other European country.  The mine issue has been narrowed down to the minimum and visiting any highly populated area, national parks or other touristy destination is perfectly safe. Tourists are advised to avoid taped areas – red or yellow tapes indicate that the area might still be contaminated.

In case of urgency, make sure to have these important telephone numbers with you: Police 122, Firefighters 123, ER 124, Road assistance and road conditions 1282.

There are three main mobile operators in the country: BH Telecom, HT Eronet and m:tel. To avoid unnecessary roaming costs, tourists often get one of the prepaid numbers which also provide mobile internet services. The prepaid phone cards (and minutes) can be purchased at any newsstand or post office. My vote goes to BH Telecom’s ‘Ultra Tourist’ pack for BAM 10 only. The country code is (+)00387.

Local languages and interaction with locals

Most young people in BiH will speak English, especially in towns and cities. The elder may not be always fluent in English (or German) but they will be friendly enough to establish a communication with foreigners. Never hesitate to ask for help or assistance, locals will certainly go out of their way to help you. Don’t be surprised if in the end you are invited for a coffee. Foreigners may see this as going a bit overboard, but this is all a matter of hospitality and treating the guests like one of their own.

The two largest grocery store chains, Bingo and Konzum, are the most popular ones and quite acceptable in terms of price. Locals prefer to get fresh fruit, vegetables and dairy products at marketplaces, which can be found in every settlement. If you decide to be a local for a day, then you should negotiate the price with sellers at those marketplaces.

Although Sarajevo is dealing with some water supply issues, residents claim that the tap water in Sarajevo is clean, pure and safe to drink. The quality of tap water in other parts of BiH is the same, except from parts of the Posavina region (north) and eastern part of BiH. Bottled water is available in all supermarkets and with street vendors.

Bosnia and Herzegovina: Traveling on a Budget
Story