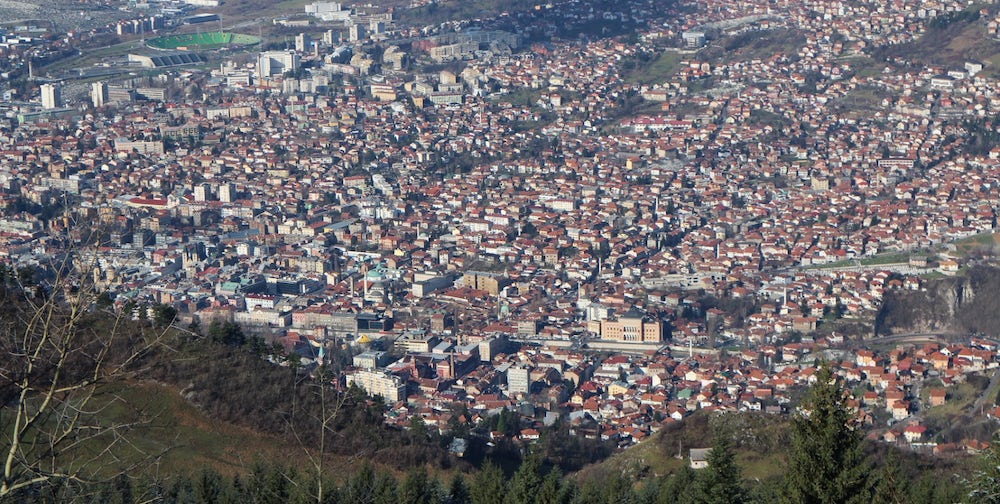 The Best Viewpoints of Sarajevo

We prepared a list of the top five viewpoints of Sarajevo, where you can enjoy either a sunrise or sunset and stunning panoramic views over the city. 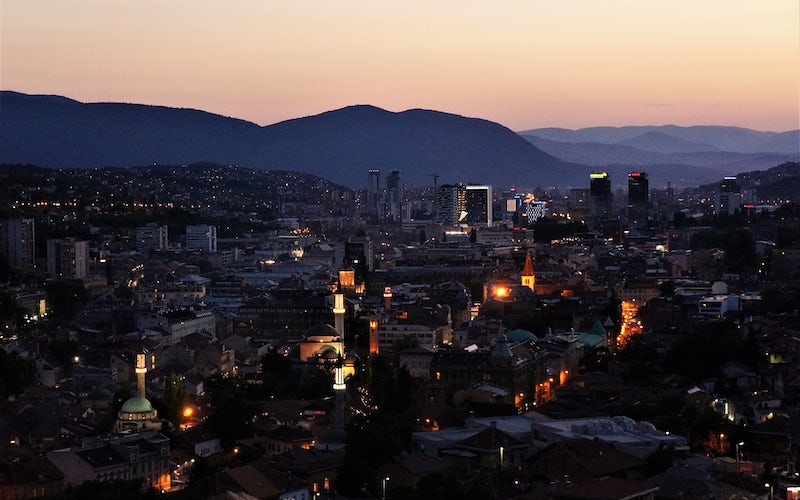 The view over the city from Yellow bastion. Wonderguide/Lejla.

A five-minute, uphill walk from the central part of Sarajevo Old Town will take you to the most visited viewpoint of the city – Yellow Bastion. It is without a doubt the favorite spot among the locals for watching the sunset, enjoying the thick shades of trees on hot days, or just hanging with friends. Feel free to bring along a blanket, snacks, food and drinks to make it fully enjoyable.

And a brief history lesson: construction of the walls ended in 1809. It is also colloquially called ‘cannon’, because of the cannon shot that marked the end of the day – the tradition that started in Ottoman era and continued during the Austro-Hungarian period, was briefly halted in Yugoslavia but is now back again. 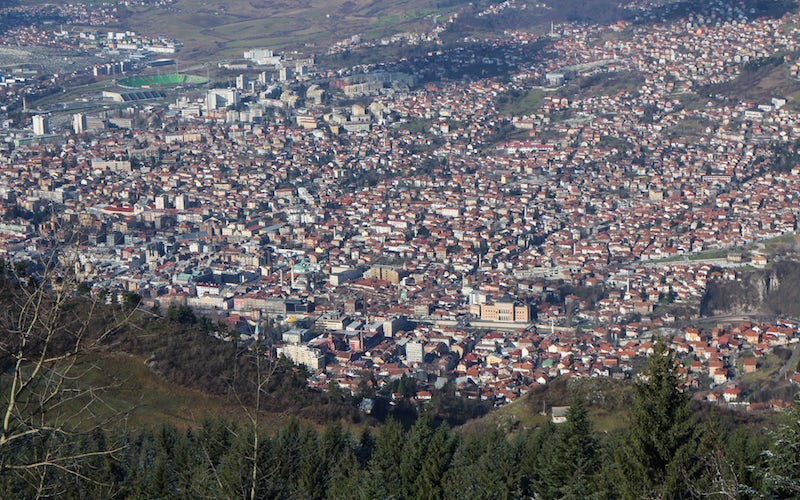 The old town and the outskirts of the city seen from Mt. Trebevic. Wonderguide/Lejla.

A place that once used to serve as cable car stop is now known as one of the viewpoints of Mt. Trebevic, with the widest panoramic view over the city of Sarajevo. To get there, you will have to take a taxi and then walk a short uphill distance. It sounds tiring, but the view you get to see is worth every step! 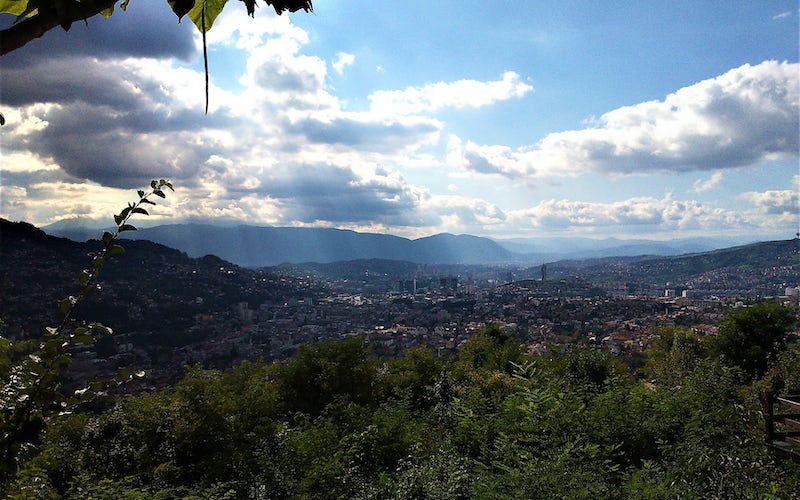 Zmajevac hill is located across the Trebevic viewpoint. This one also requires a EUR 3-4 taxi ride up the steep, narrow streets of Sarajevo Old Town residential area. For those preferring to spend more time here and enjoy the view there is a café/restaurant ‘Vidikovac’, serving local and international food and beverages, but feel free to pick a random spot on the hill and wait for the sunset over the red roofs of the Old Town.

We strongly recommend you to take a walk down those steep streets, it takes no longer than ten minutes and will spare you a few euros. 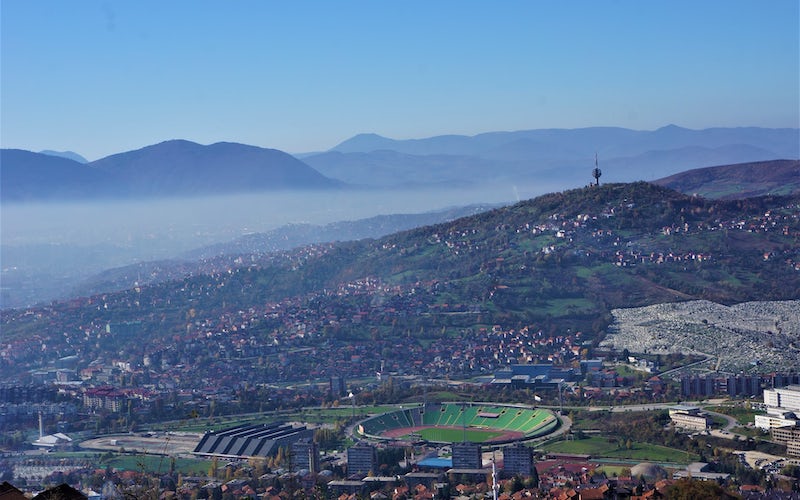 Morning mist over the city, seen from Grdonj hill. Wonderguide/Lejla.

A spot not so often mentioned among Sarajevo viewpoints, but if you ask any local hiker he will definitely recommend that you climb up this 295 ft high hill either for a morning exercise, for a weekend hike or just to get a chance to see Sarajevo from one of the highest viewpoints.

Either way, you won’t regret it! Don’t expect any restaurants or bars up there, only nature and hikers. Be prepared, the road is quite steep but you don’t need hiking shoes, as you would be walking on asphalt road most of the time. 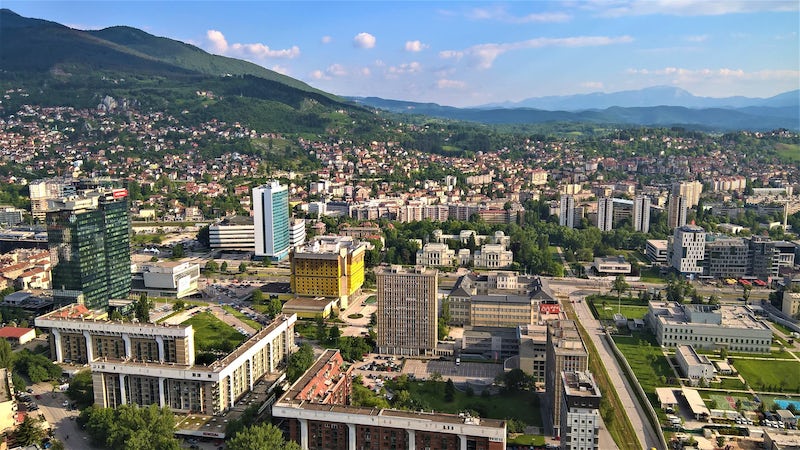 A 577 ft tall skyscraper ‘Avaz Twist Tower’ is also among the most visited viewpoints of the city, with an observation deck on its 36th floor. Located just across the central train and bus stations, it is a favorite among tourists who prefer not to leave the town for some great views. You can enter the area by paying a fee of less than EUR 1, or have a drink in the bar inside the tower. 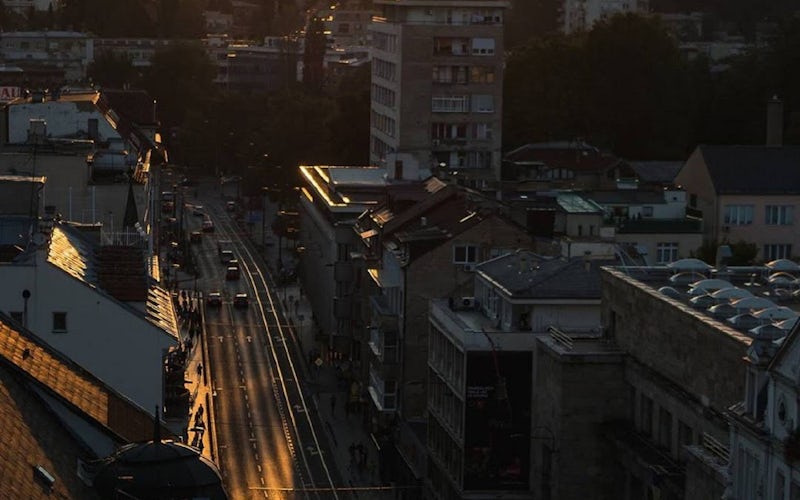 It is located on the oldest skyscraper of Sarajevo, which is now known as ‘Hecco Deluxe Hotel’. Even if you are not a hotel guest, you are allowed to enter a small, cozy cafeteria on the 10th floor offering a spectacular view of the town center.