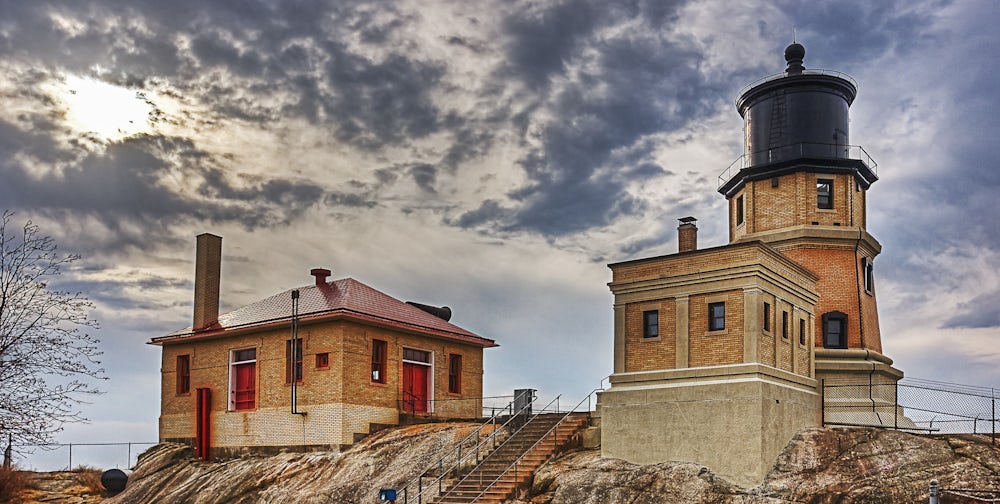 Remarkable Coastal Cities You Can Travel to from Bosnia and Herzegovina

If you are on vacation in Bosnia and Herzegovina, but you want to travel to the Adriatic coast, check these remarkable coastal cities in neighbouring Croatia and Montenegro that you can easily reach from Sarajevo and other parts of the country.

Summers in Mediterranean attract many tourists, so if you're traveling the Southeast Europe at this time of the year, we recommend that you find those few extra days to visit at least one of the cities and/or towns on the shores of Adriatic Sea.

Also, if you're looking for more than a usual swim and sunbathing experience and want to learn more about the history of the region, you should definitely check one of those monumental places listed below. 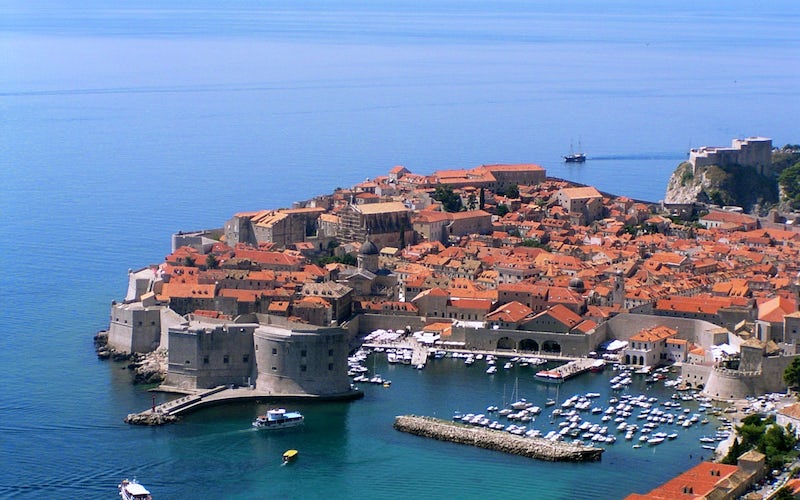 Dubrovnik is a coastal city in Dalmatia, southern Croatia and one of the most famous touristic spots in Mediterranean. Rich in natural beauty, history and architecture, Dubrovnik is also one of the UNESCO World Heritage Sites since the 1979.

The beauty of Old town of Dubrovnik and its stoned walls attract thousands of visitors every year. Once in Dubrovnik, you will be enchanted by its limestone streets and breathtaking architectural wonders such as Sponza palace, Rector's palace, Big Onofrio fountain, St Blaise church...and the list goes on.

In popular culture, Dubrovnik is most known as the filming location for the fictional city of King's Landing in the acclaimed TV series ‘Game of Thrones’!  This is also a city of luxury hotels and resorts, majestic food and wine and various beaches with crystal clear waters of Adriatic sea.

It's important to mention that during the summer months, Dubrovnik is one the priciest cities in this part of the Europe, and don't be surprised to find things several times more expensive than those in Bosnia and Herzegovina. This especially goes for the accommodation and food so many budget travelers choose Dubrovnik as a short stop on their journey through the Balkans. 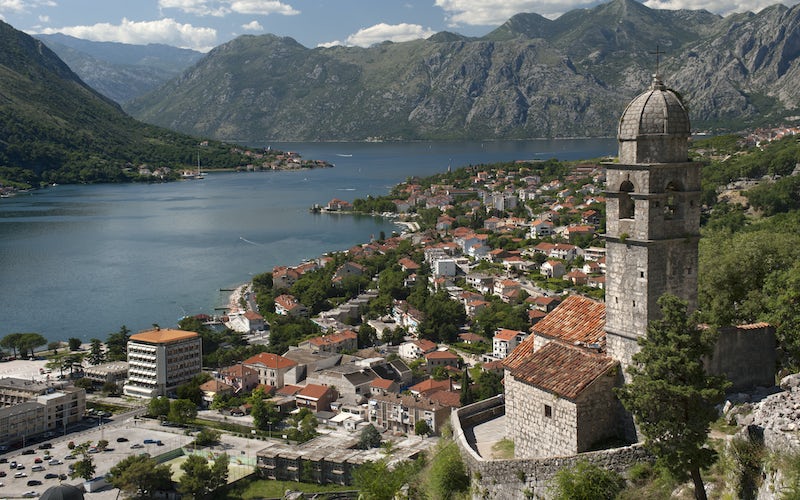 Another breathtaking fortified town on Adriatic coast, Kotor is located in the heart of the Bay of Kotor, in southwestern Montenegro. Impressive landscape of the Bay of Kotor makes it one of the most visited locations in this tiny Balkan country. Sometimes called 'a most southern fjord of Europe', this gulf is a home to the Old Town of Kotor which was also recently included in UNESCO's World Heritage Site list.

Old Town of Kotor was built like a maze and you will enjoy wandering its narrow streets full of cafees, restaurants and souvenir stores. Local delicacies are prosciutto, olives and authentic cow cheese kept in oil and many traditional food shops will give you a taste of these delicacies for free! Grilled fish, roasted pork and local wines are also a must try.

Once in Kotor, you should definitely climb all the way up to the old fortress on the hill above the Old Town and experience the best view on the town and its picturesque bay surrounded by palm trees and oleander bushes.

Another cute thing when it comes to Kotor is that town is famous for its great population of cats! Through the centuries, cats became one of the unofficial symbols of the town and there is even a Cat Museum placed in the labyrinth of stoned streets of the Old Town.

Good news is that Kotor, concerning its popularity during the summer season, is not that expensive at all. Beware that fancy restaurants and hotels still can be quite pricey, but in general, everything is much cheaper than in neighbouring Croatia. 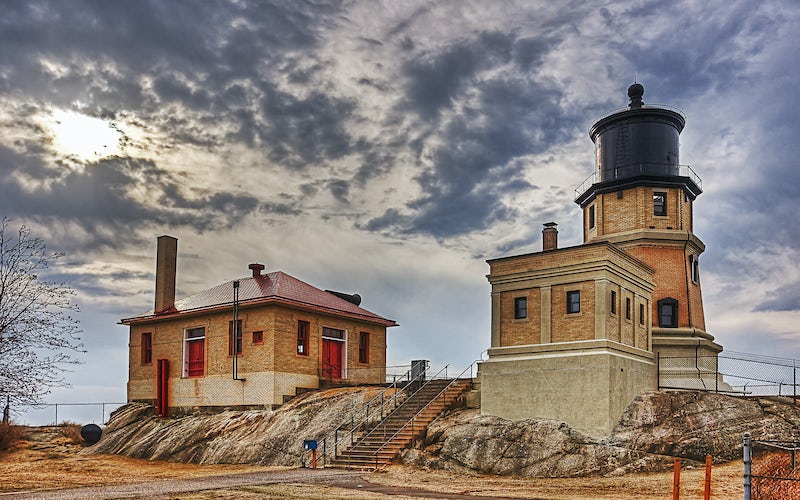 Split is the biggest city in region of Dalmatia and second biggest city in Croatia, mostly famous for its monumental Diocletian's Palace that was built for this Roman emperor at the very beginning of the fourth century. Historic city of Split with impressive Roman palace are also declared as the World Heritage Site by UNESCO.

Unlike the other coastal cities that are mostly crowded with tourists in the summer and very quiet during the winter months, Split is a very vibrant during the whole year. It represents unique mixture of ancient and modern and it's attractive to visitors in any time of the year.

Split is the administrative and urban centre of Dalmatia and it's well connected to nearby islands such as Hvar and Brač, which are popular summer destinations with locals and travelers from all around the world. If you're short on time, you can book a daily boat tour that will take you on an unforgettable trip to the island's old towns and sandy beaches.

Your only concern here is to stay hydrated and to put on some sunscreen, everything else is pure joy!

As in the any other place in Dalmatia, seafood and local wine is a must try. Dalmatians are also known for its simple lamb and pork dishes, usually served with boiled or roasted potatoes and fresh salads. 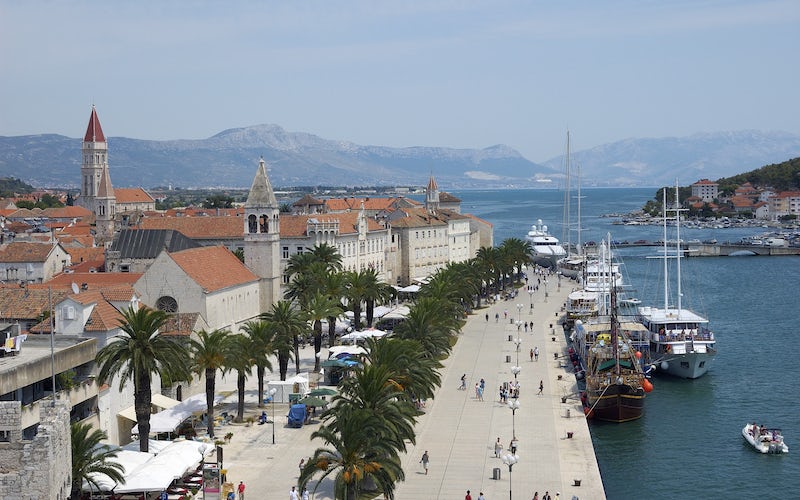 Around 27 kilometers (17 miles) west from Split, you will find a historical city of Trogir, another remarkable and monumental town on the coast of Adriatic. Because of its Venetian architecture, Old town of Trogir is yet another of UNESCO World Heritage Sites in this area.

With its beautiful fortress Kamerlengo, St Lawrence's Cathedral and historical city core, Trogir is known to be a best preserved medieval town in Central Europe and therefore favorite destination for the travelers in love with history and architecture.

Only few kilometers west from the old city core, in a village called Seget, there is a beautiful Medena beach with a lot of bars, shops and stands offering a numerous on-water activities that will satisfy everyone in search for ideal day on the beach.

Pro tip: It is interesting to mention that if you driving from Split to Dubrovnik you will pass through only Bosnian coastal town Neum, located on the 9 kilometers long ( or maybe is better to say – short) strip of Bosnian coast on the Adriatic Sea. Considering that the prices of rooms and food in Neum are much lower than in nearby Croatia, the town is very popular with travelers.

Dubrovnik International Airport is only 85 km away from Neum, and there are regular bus lines from Dubrovnik to Neum. Some travelers choose to book room in Neum for a longer period, and then go on a daily trips to Dubrovnik and islands around it.