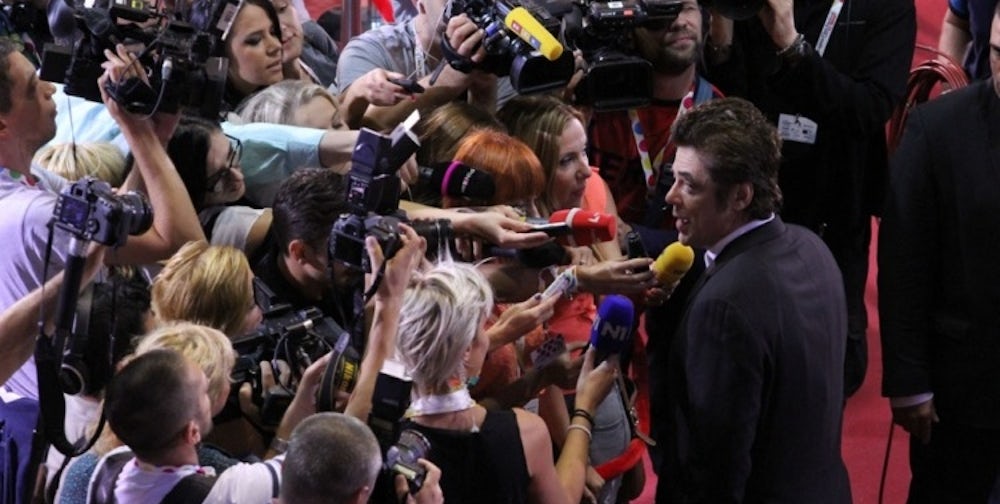 Movies, Parties and a Celebration of Life: This Is Why Travelers Are in Love with Sarajevo Film Festival

The Sarajevo Film Festival is an excellent reason to visit the capital of Bosnia and Herzegovina in August. This article is just a 1 minute read, so if you're curious about the festival - read on.

Although Sarajevo, capital city of Bosnia and Herzegovina, hosts several different annual festivals, its film festival is definitely biggest and most popular.

Sarajevo Film Festival, held every summer, is the largest movie event in Southeastern Europe which attracts directors, producers, actors and other experts from the industry from all over the world, which is a quite big thing for a small country such as Bosnia and Herzegovina.

It is important to add that it’s not all about movies! During this week long festival, Sarajevo is not only regional capital of the film, it’s a city of fun, partying and meeting new people.

The story of the festival begins in 1995, in the last days of the siege of Sarajevo and word about a birth of the film festival in the war-torn city quickly became news around the world.

Along with the people from film industry, the festival attracts thousands of movie enthusiasts and tourists looking for entertainment and a possible selfie with some of the movie stars!

This year's edition of Sarajevo Film Festival is was held from 11th to 18th August, at 12 festival locations within 200 yards of each other to maintain, in the words of organizers, a spirit of 'human-sized' festival, designed for people in every way.

If you want to know more details about festival and the program, visit its official site.

Also, Sarajevo Film Festival YouTube channel can give you a good insight to the previous editions of the festivals. Here you can find festival’s highlights, interesting info about the movies and even interviews with its famous guests from all over the world.

It’s not all about movies

The nightlife in Sarajevo during the festival is story for itself as many clubs and concert venues also have a special program with a bit of something for everyone's taste. You can enjoy live jazz sessions, rock & punk concerts, techno parties or traditional Bosnian sevdah music nights.

Numerous cultural and art events such as exhibitions and performances also take place all around the city.

The best thing is that many of these events are held in the open air so you can enjoy all the beauty of Bosnian summer nights while enjoying your cocktail or cold pint of beer.

And don't worry you'll miss something as you will find posters and flyers for the events at every corner of the city!

Before coming to Sarajevo, you can also check website Destination Sarajevo for the often updates about events during the Sarajevo Film Festival.

And as usual, not all is fun and games, so here we have some practical info for you:

Anyhow, while the Sarajevo Film Festival is on, this city is a place to be, so if you plan to travel to Bosnia in the summer, work around these dates and you won't be sorry!

In the Land of Blood and Honey: Bosnian Movies You Should See
Story