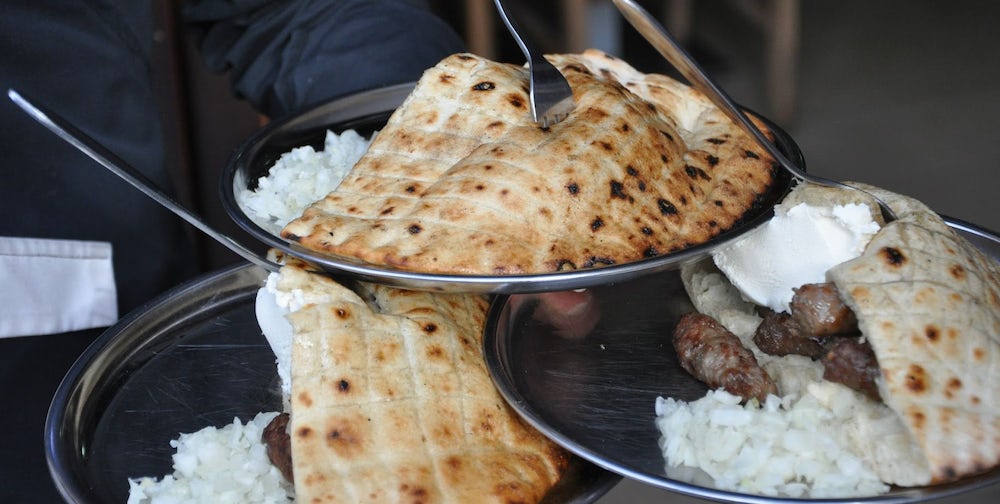 Local Dishes You Have to Try in Bosnia and Herzegovina

Here are some of the most popular local dishes you have to try while in Bosnia and Herzegovina.

Bosnian cuisine is a special mixture of oriental, Mediterranean and continental European cuisine. Many of the traditional dishes have been made from the same recipes for hundreds of years.  Mostly based on meat, bread and dairy, it certainly can sound heavy, but its rich taste and extraordinary ingredients are definitely enjoyable for everyone’s taste buds! So, here are some of the most popular local dishes you have to try, while in Bosnia and Herzegovina;

Klepe is the Bosnian version of the famous Italian dish - ravioli, are dumplings filled with minced meat or cheese and spinach. These tasty dumplings are usually found in traditional restaurants in Sarajevo, served with a garlic-yoghurt sauce or sour cream.

Sarma  is  a popular meal during winter, these stuffed cabbage rolls are usually served with mashed potatoes and, guess again, sour cream! Sarma is considered a comfort food in this region and is an absolute 'must try'. The stuffing is made from minced meat, rice and seasonings. For those who don’t like sour cabbage, there are other versions of this dish made with grape leaves or Swiss chard. 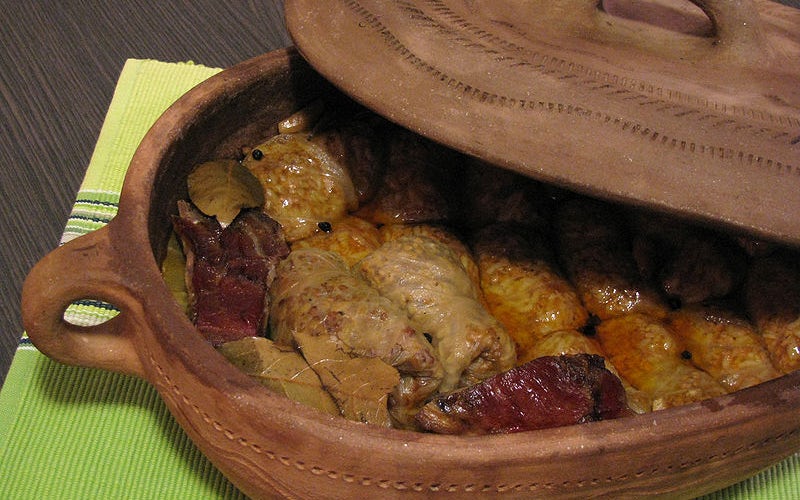 Sarma is a hearty local dish, especially popular in the wintertime. Photo: Wikipedia.

Pita is the absolute champion of Bosnian street food, especially for travelers. The reason is simple, there are five popular variations of this dish, and three of them are suitable for vegans/vegetarians – a rarity in this ‘land of meat’. Another legacy of the Ottoman Empire, pita is a thin pastry dough stuffed with either meat, potatoes, cottage cheese, spinach and squash. Still, the most popular version of this dish is - of course - burek or meat pie. Bosnian pita can literally be found throughout the entire country and is usually served with sour cream or yoghurt. 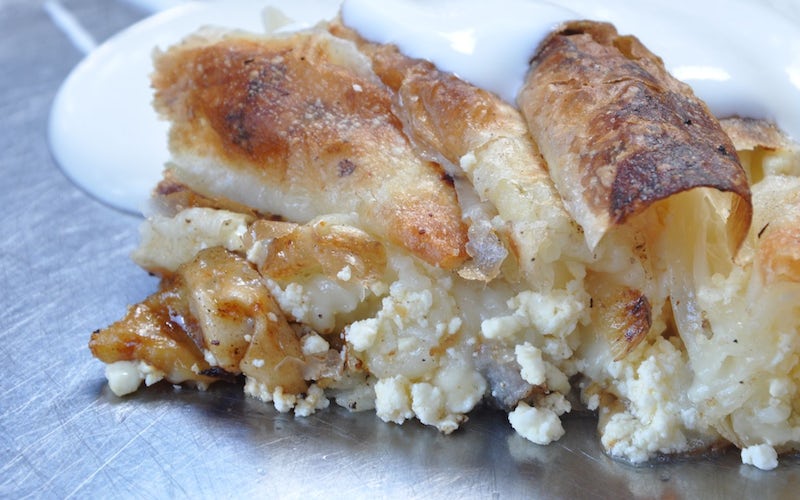 Along with burek, ćevapi are definitely the most popular street food in Bosnia and Herzegovina. These grilled ‘meat fingers’ are made from minced beef and/or lamb and are similar to the Middle Eastern dish kofte. They are always served in somun, the Bosnian version of pita bread, with a side of onions and kajmak – a creamy cheese with a texture similar to mascarpone, originating in Central Asia. 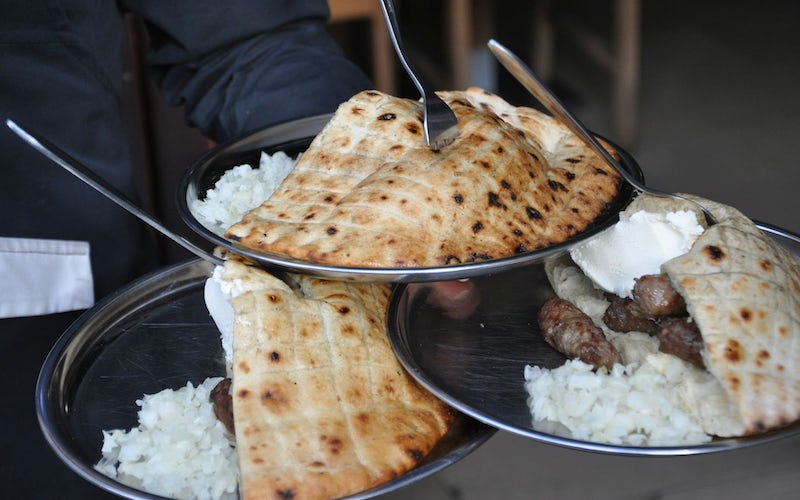 Tahan halva is a popular dessert that you can buy in nearly every slastičarna (pastry shop). Made from tahini (sesame paste), sugar, seeds - such as sunflower seeds – and nuts – almonds, hazelnuts or pistachios. Tahin halva has a strong and rich taste and is usually served as a dessert to go with coffee or tea. 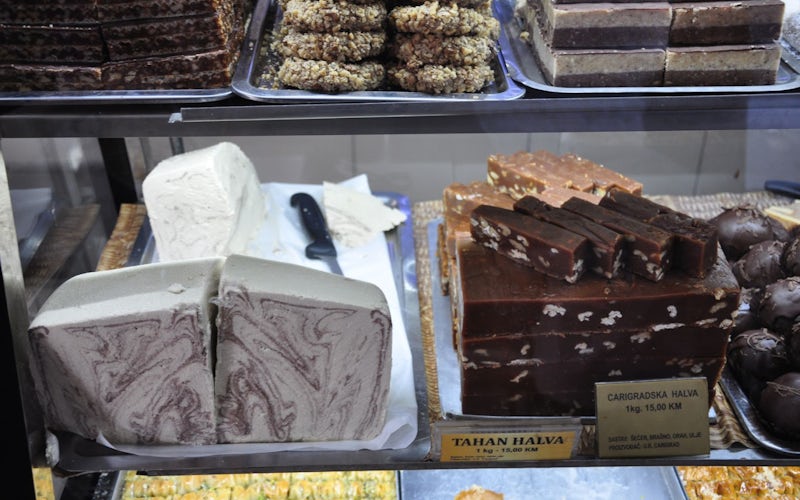 Tahan halva on display at a pastry shop. Wonderguide/Elma.

Another dish that came with the Ottomans, Begova čorba is a thick soup with chicken and vegetables. The special ingredient of this soup is okra, or bamia – dried pods originally from Africa. Another soup you have to try while in Bosnia is tarhana, a tomato soup made with homemade sour pasta. Locals swear that tarhana is the best cure for a hangover, so you should definitely try it after a night of partying!

Pastrmka na žaru - grilled trout is usually the only fish dish you can find on the menus of traditional Bosnian restaurants. The best trout is, of course, the one you can order in the restaurants placed by the river banks. Freshly caught, grilled and served with boiled potatoes, spinach in olive oil and a garlic marinade, or simply fries. It’s popular with locals and tourists ‘tired’ of the red meat and chicken-based dishes.

In the Land of Blood and Honey: Bosnian Movies You Should See
Story