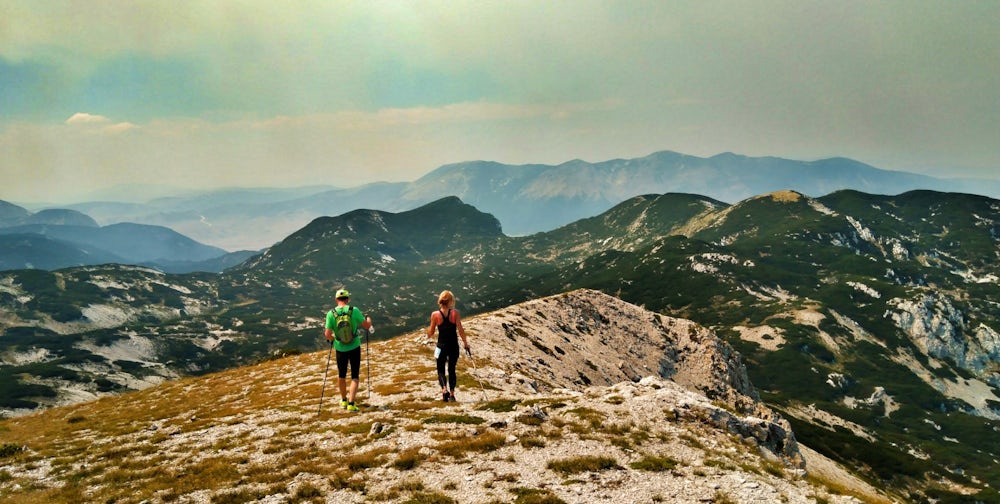 Cvrsnica Blue Trail: a Trail Run through the Natural Beauty of Herzegovina Mountains

I hope this brief review of my experience comes in handy to any adventurist who decides to climb, hike or just visit this beautiful mountain in the south of Bosnia and Herzegovina – Cvrsnica Mountain. And if you like trail running, you're in paradise!

Cvrsnica Mountain is a typical karstic, Herzegovinian mountain, one of the highest mountains on the Via Dinarica White Trail – stretching all the way from Slovenia to Albania, which was listed by the National Geographic Traveler among the top seven world nature destinations in 2017. It is one of the most beautiful mountains in BiH in general, it is part of the Blidinje Park of Nature and its climbing paths are among the best routes on the Via Dinarica White Trail. 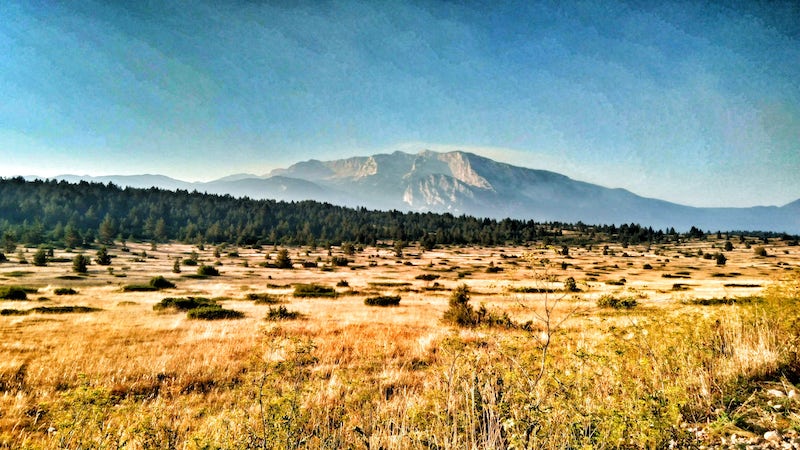 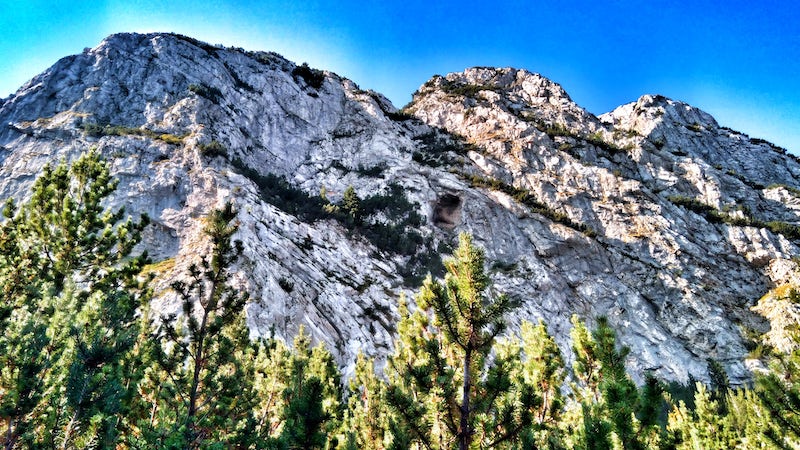 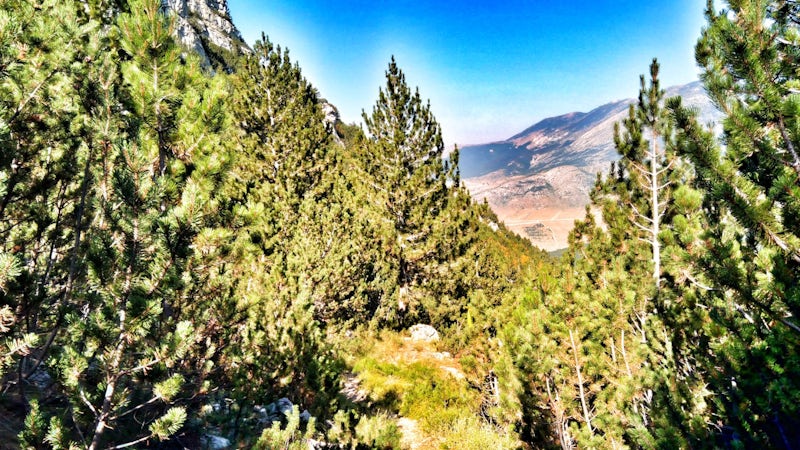 Knowing these details, I did not hesitate too much to register for Cvrsnica Ultra Trail 2017 – Blue Trail, 22 km long distance. Since I am a typical road runner, not accustomed to bumpy trails and unpredictable situations of mountain areas, choosing the Green Trail distance of 14 km would have been a much wiser decision but I decided to ignore this fact and go for something more challenging.

I prepared fairly well, both physically and logistically – trail running shoes, trekking poles, sufficient amount of water, energy bars, etc. There were only a few details I did not take into account: the rocky and limestone terrain of Herzegovinian mountains and the fact that I would have to pass elevation of more than 1,395 m. 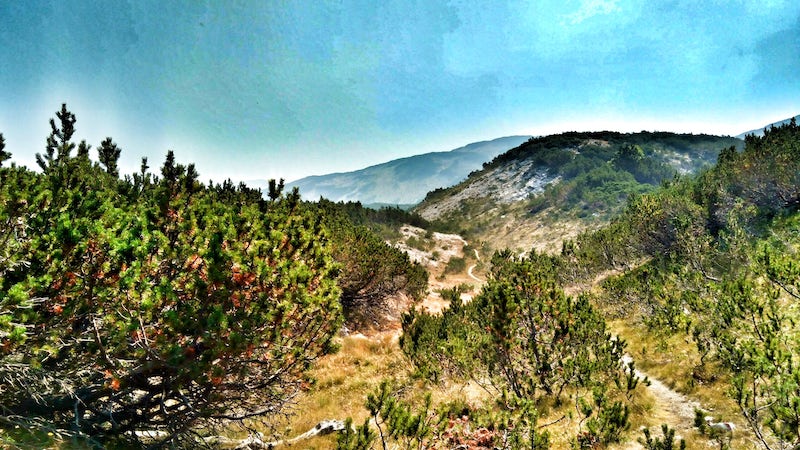 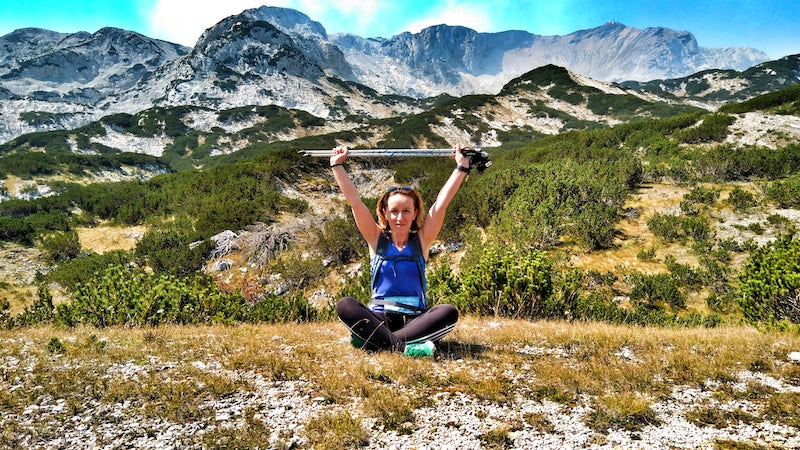 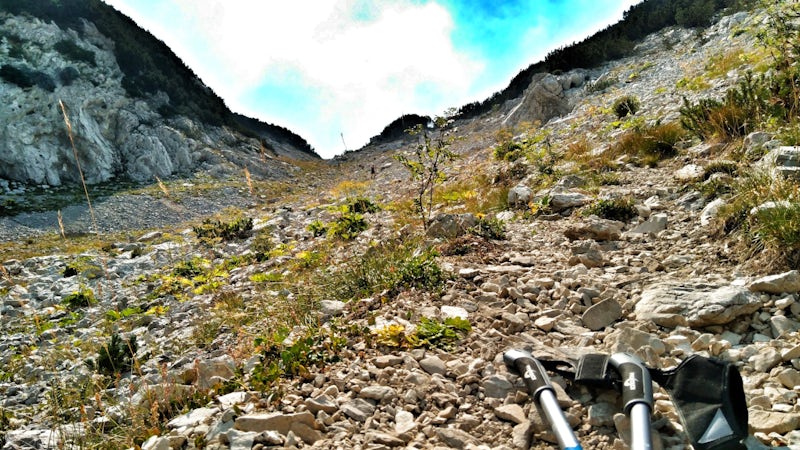 The race started off well. The starting point was near the Blidinje Lake, the largest mountain lake in BiH, and the first 3–4 kilometers of the course were very ‘runnable’. At 1,230 meters above sea level (MASL) the race takes the hiking route, leading you through a forest and higher up to a hilly terrain. On the 16th kilometer, at 1,964 MASL, we reached the mountain lodge Vilinac, located at the highest elevation than any other mountain lodge on the Via Dinarica Trail. This was the second refreshment point and it was just in the right place, because what followed was quite demanding.

The course was going towards one of the highest peaks of the mountain – Veliki Vilinac at 2,118 MASL and what you get to see on the way is breathtaking. Beautiful landscapes and a view over other peaks and mountains, green hills and valleys beneath, rocky cliffs and all that under the blue skies is a picture that makes you think: it was worth it. This also gives you strength to continue once you realize that you are not even close to the end of the race. After leaving Veliki Vilinac summit, the course is going downhill for a while, which gives you time to prepare for another challenge – Mali Vilinac summit at 1,996 MASL. 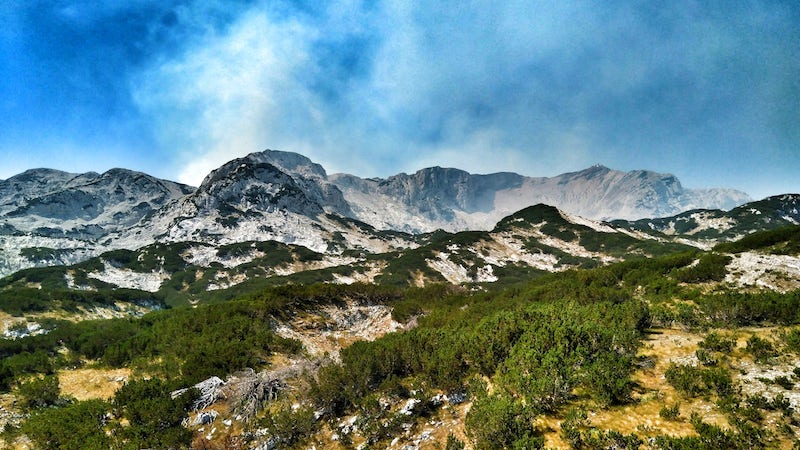 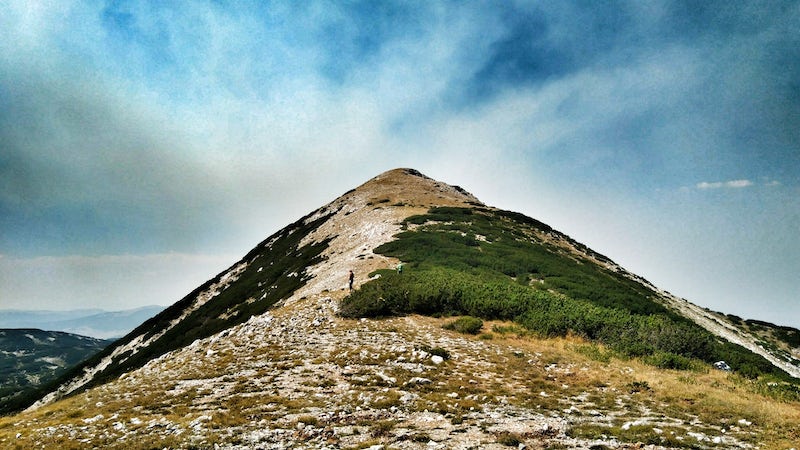 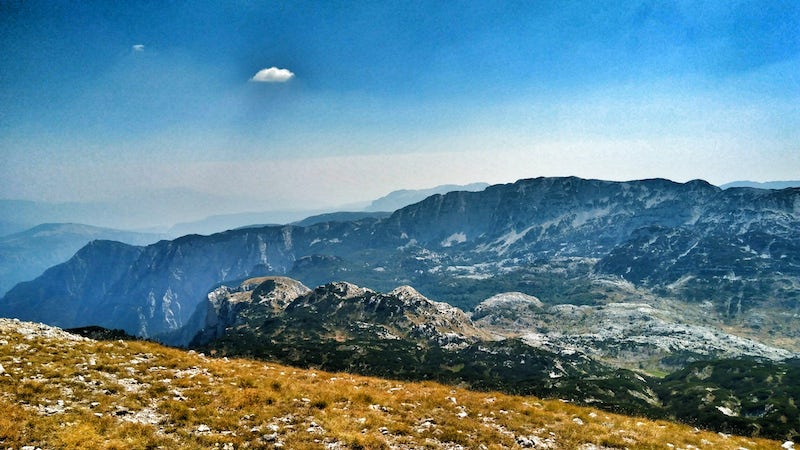 From this point of the race until the finish line was when I realized and kept on thinking about how unaware I was about what to expect and that maybe I should have chosen the shorter distance. The map we had suggested that we would follow a path decreasing in elevation until the finish line (which, in theory, was correct) but in reality it was never-ending fight with rocky terrain, which, at moments, demanded alpine skills. I also realized at that moment that my trail running shoes were not ‘trail enough’ and that I needed something more firm with thicker soil for this sort of race. According to my Garmin I was at the 22nd kilometer and I was supposed to be at the finish line but I obviously had to suffer a bit more until reaching the final spot. I was not the only competitor whose watch ‘beeped’ the 25th kilometer as we passed the finish line, which remains a mystery since we never left the marked paths. 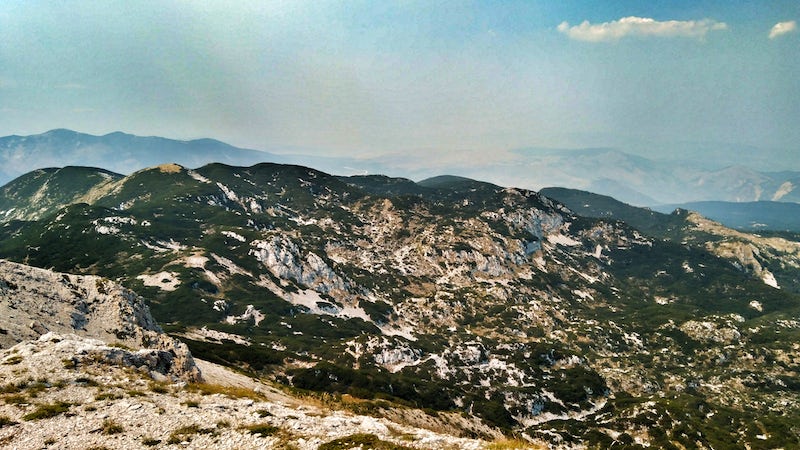 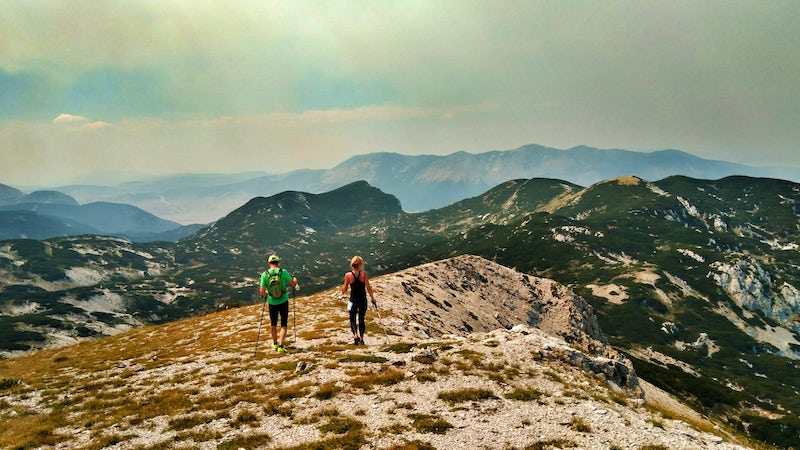 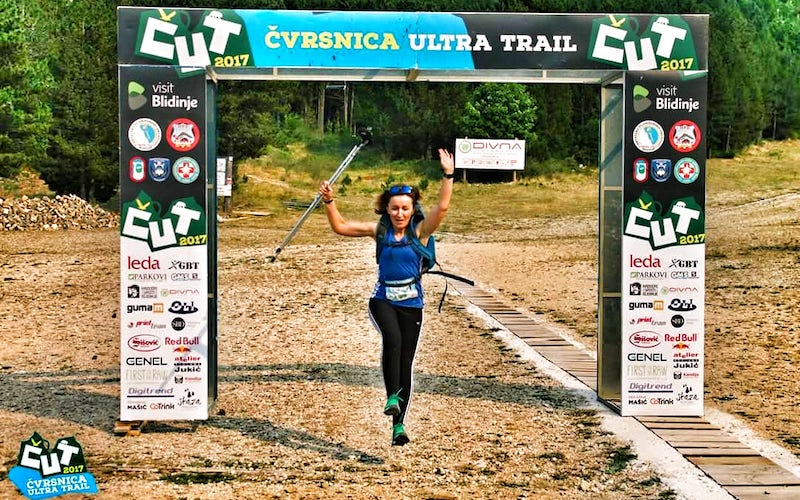 It is important to note that this path was completely marked, there was enough of refreshment at each refreshment point and the path was secured at crucial points by mountain rescue service members.

Despite unexpected difficulties I experienced and despite the fact I was repeatedly saying it was my last visit to Cvrsnica Mountain, I must say this was one of the best races I went to. I came to understand in the end it was not about the finish time or competing with other fellow runners but about competing with myself, finding motivation to continue when I felt completely depleted and about overcoming the situations I never faced before. My overall impression, I would say, is positive. Cvrsnica Ultra Trail, see you 2018 again ☺