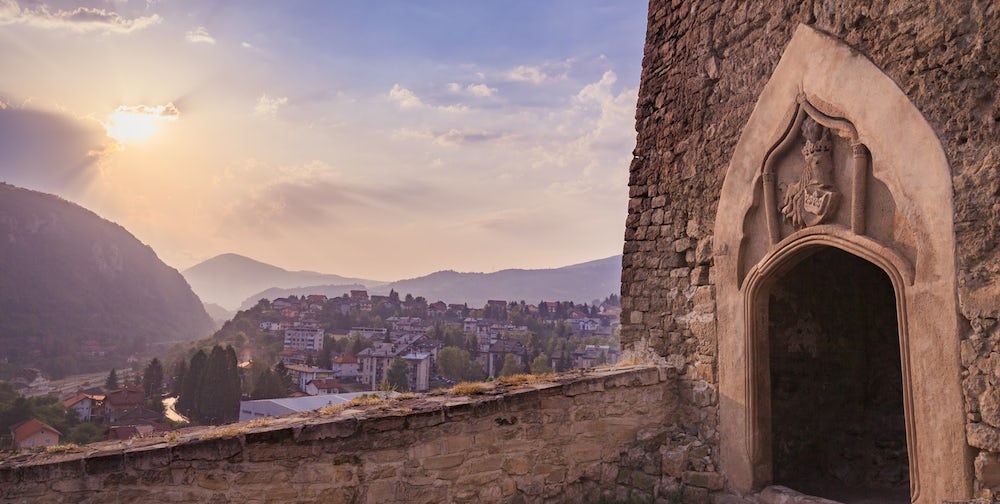 Catacombs and Waterfalls: Jajce – A Medieval Town of Bosnian Kings

Jajce is a wonderful medieval town in central Bosnia, rich of culture, history and natural beauty.

Jajce is located by the main road somewhere between Sarajevo and Banjaluka and therefore is a popular stop for travelers. Mt. Vlasic is not far from here, so you can also find many hikers taking a break and enjoying the day in Jajce.

Travelers need to be warn about poor condition of the roads on their way to Jajce, but once you see its beauty, you won't be sorry for stopping by! First of all, because of its breathtaking waterfall, and secondly because of the fortified city of Jajce that dominates the hill above the town. 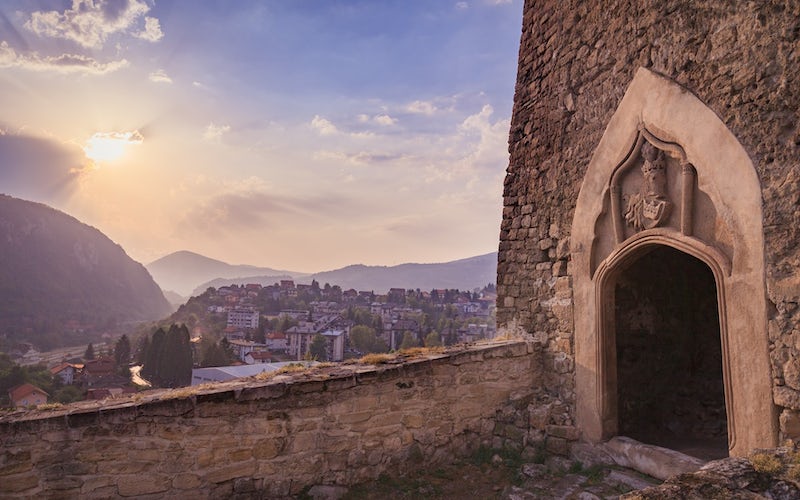 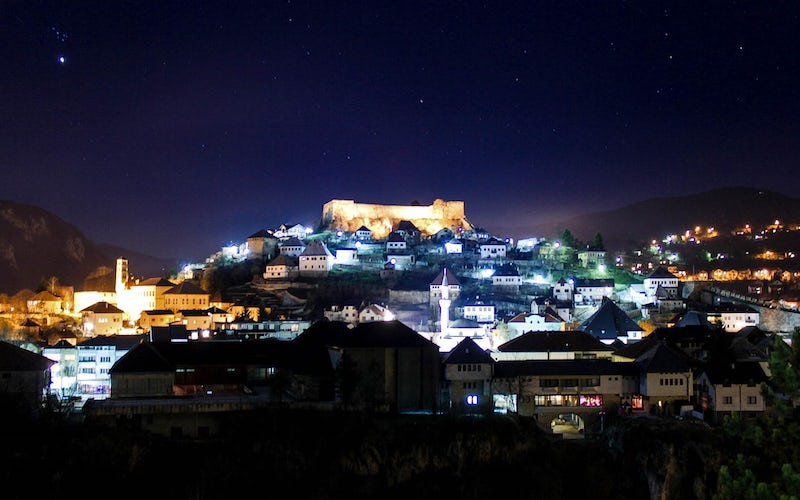 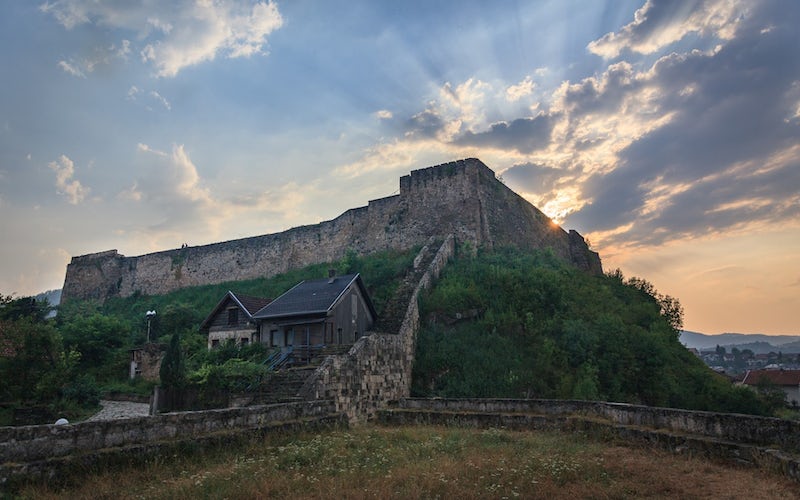 The history of Jajce – from medieval times to communist Yugoslavia

As already mentioned, the first thing one can see when approaching Jajce is a big medieval fortress, a citadel built near the end of the 13th century. Over the time it was ruined, rebuilt and enlarged several times before becoming a 1,300 metres (4,300 ft) long symbol of Jajce old town.

During the 14th century Jajce became a capital of the Kingdom of Bosnia. Its southwest entrance has a well preserved and distinctive coat of arms of medieval Kingdom of Bosnia and serves as a popular spot for taking pictures, mostly because of its great view of the town valley and the surrounding hills.

During the early development of the medieval city walls and castle, king decided to build the underground church and catacombs which are still in great condition! 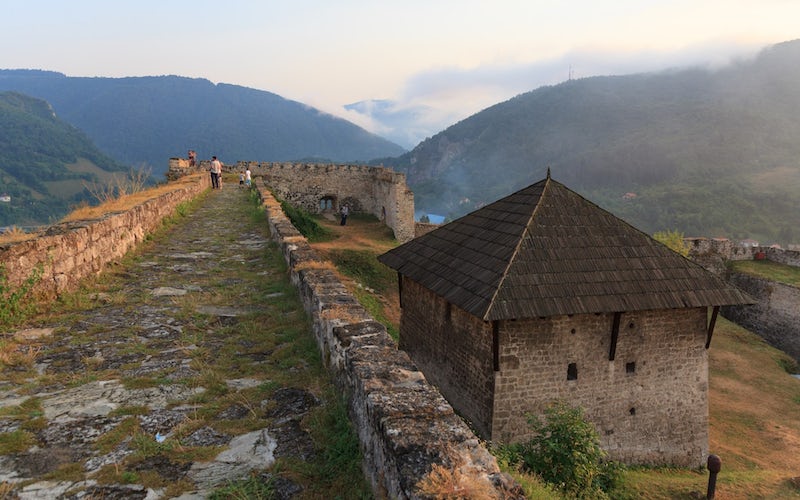 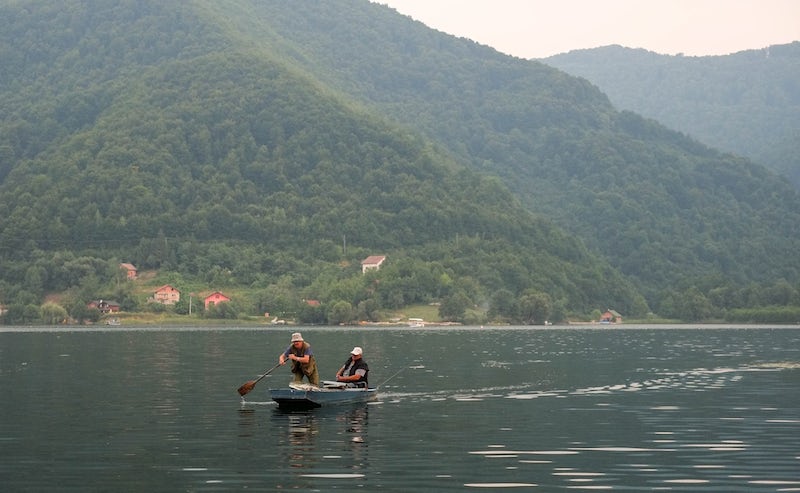 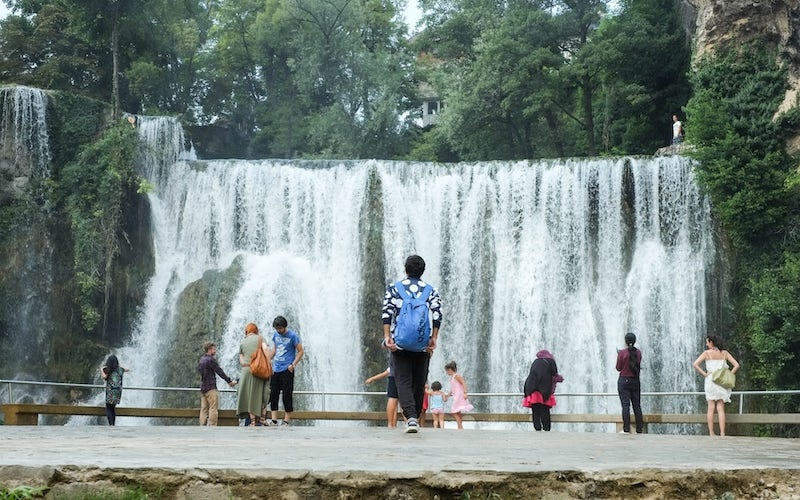 So, once in Jajce, our recommendation is to look for the guided tours and visit this remarkable underground chambers of Bosnian kings with still visible medieval carvings on their stoned walls.

On the sides of the fortified hill, one will notice many old and traditional Bosnian houses inspired by the Ottoman architecture which is altogether creating an image of yet another multicultural Bosnian town.

The town center also hosts several buildings built during the rule of Austria-Hungary monarchy, resembling those you can spot in any European city.

Another place worth visiting is the Museum of AVNOJ (Anti-Fascist Council for the National Liberation of Yugoslavia) where then Yugoslav leader to be, Josip Broz Tito, formed the first communist government of Yugoslavia, which Bosnia and Herzegovina was part of.

Room where the council organized and declared national resistance against the fascists is reconstructed and today it looks the same as on the day of this historical session. Walls are decorated with communist memorabilia and Yugoslav flags but also with portraits of Marx, Stalin and Tito, which many visitors find interesting and, in a way, as a step back to another episode in history of Jajce and Bosnia and Herzegovina.

Today, old town of Jajce is officially one of the National Monuments of Bosnia and Herzegovina. As many other Bosnian cities and towns, Jajce is also a home to a number of old churches and mosques and other architecture from different periods of time, reflecting its rich history and cultural diversity that has been around for centuries.

The stunning natural wonders around Jajce are the whole another story, so be sure not to miss our second article about this lovely Bosnian town! 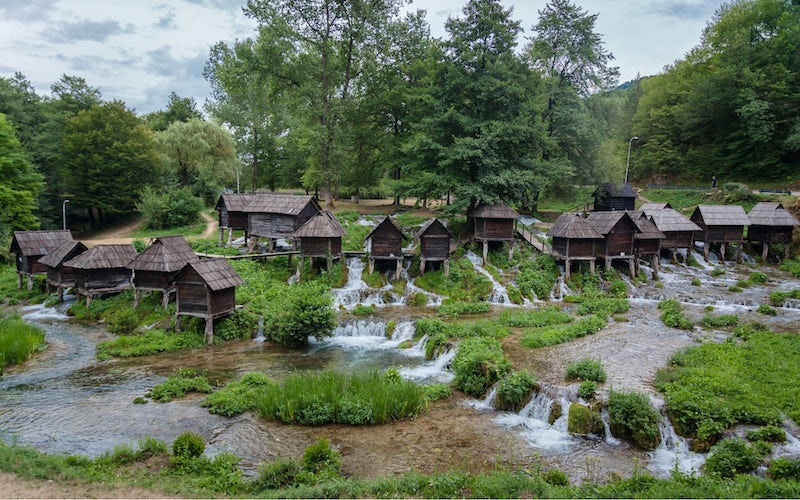 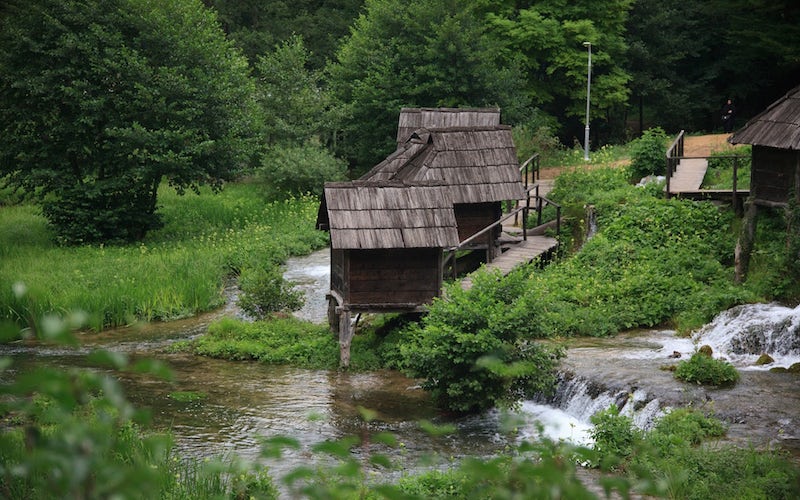 Pro tip: Jajce is easy reachable from Sarajevo by bus, but many visitors also choose to rent a car so they could visit more places on their journey through central Bosnia and Herzegovina. Jajce is not a big town, and if you’re not into discovering surrounding nature, the second option is perhaps more suitable for you. One or two days are just enough to see the town, taste the food and enjoy the beautiful scenery of Jajce.

Trebinje: The Mediterranean Town of Bosnia and Herzegovina
Story