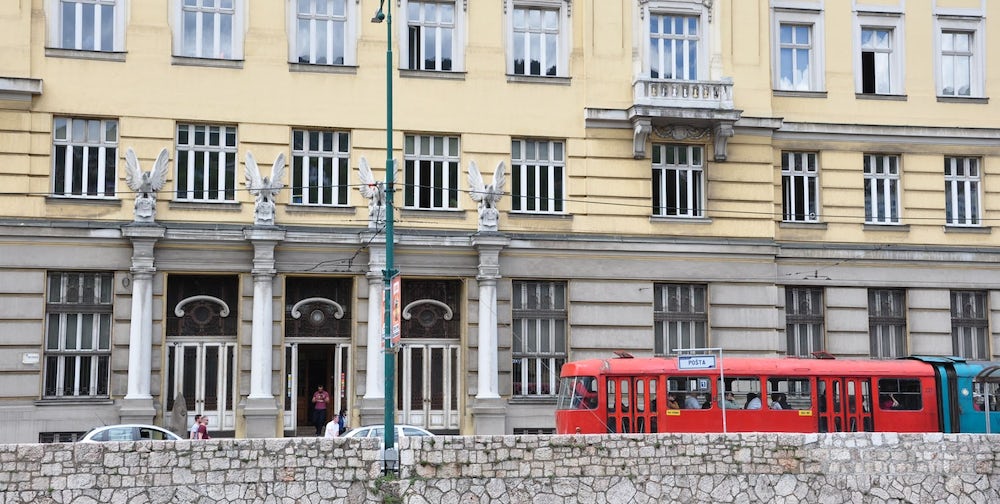 Bosnia and Herzegovina: Traveling on a Budget

Bosnia and Herzegovina is not an expensive country for foreigners and even though the very saying 'traveling Bosnia on budget' may sound like an oxymoron, there are still some tips and tricks on how to save money on your journey.

Eating local in Bosnia has many benefits. Along with experiencing new tastes and new dishes, you can save some money as local food is much cheaper than any other you can find in Sarajevo and other bigger cities. For example, one big serving of ćevapi (traditional grilled meat fingers) or pita (pie) cost around 3 euros which is more than budget friendly.

It's good to mention that traditional food joints in Bosnia and Herzegovina usually have 'big' and 'small' serving, so for instance, if your order small portion of ćevapi you will get five meat fingers, while the big portion, it's easy to guess, has ten of those. Also, Bosnian pie makers charge pies by weight so you pay exactly how much you can eat. Some traditional slow food joints (aščinica) also have small and big portions of traditional dishes. And, for obvious reasons, all budget travelers just love this 'system'! 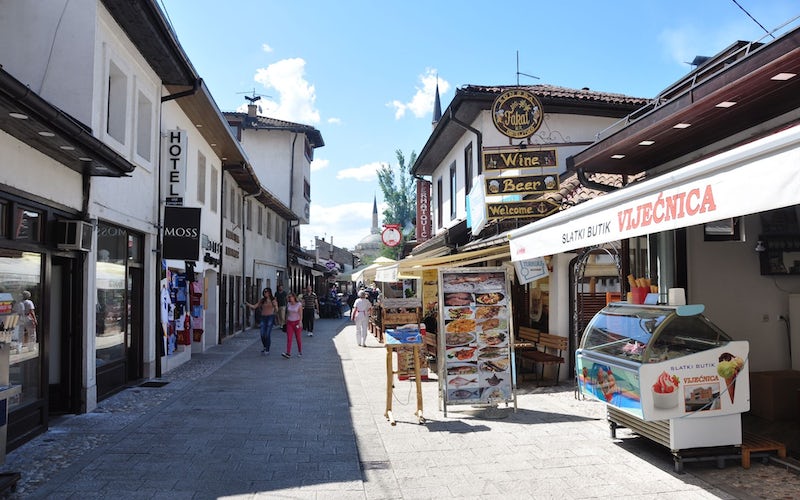 The same goes for drinks. If you choose local wine or rakija instead of whiskey or expensive bottles of wine in a restaurant, you can save some serious amounts of money.

Tap water in Bosnia is of very good quality and you can drink it without any concern, even though bottled water is quite cheap as well.

Bosnia and Herzegovina is known for its street green markets where you can buy fresh fruits and veggies, but also cottage cheese, sour cream and milk produced by locals. Same goes for honey, nuts, beef pastrami and fresh fish that you can usually find in shops placed around the green market. We don't need to mention that all of these goods are quite cheaper (and of better quality) than in supermarkets or deli stores.

Staying in the center of the city can be quite pricey, even in a country like Bosnia and Herzegovina. The majority of hotels and hostels in Sarajevo are centrally located, but you can always find affordable accommodation elsewhere.

If you want to have a whole apartment for yourself and also cook your own meals, it's best to check websites such as AirBnB or Booking.com as they offer a variety of private rooms and apartments. The best thing is that you can choose your location and don't forget that hills around Sarajevo have a great view of the city!

The upside of staying little bit outside the center is that you can get to know the city and see much more than the tourists that only hang out in the historical Baščaršija.

Beware that public transport in Sarajevo only operates until midnight so if you decided to stay out longer, you will probably need to take a taxi. But don't worry, Sarajevo has some of the cheapest taxi rates in Europe and even locals use it regularly. Actually, if you're with a group of people, once you split the bill, this will be cheaper than public transport!

And if you're open for these kind of things, check websites such as Couchsurfing and use your accommodation money for something like a daily trip to the mountains or other things you might find interesting.

If you're traveling outside the cities, for instance to the one of the lakes or you want to spend few days in mountains, you can rent a cabin, camping spot or stay in one of the mountain lodges - all of which is cheaper than hotels in the same area.

If you need to do some shopping, do it here!

Ok, we know that recommending where and what to buy doesn't really go hand in hand with budget traveling, but in Bosnia it actually makes sense. Things like clothes, shoes, sneakers or backpacks are much cheaper than in other European countries, including the neighbouring Croatia and Slovenia.

The same goes for haircuts, dental services and medications and many other things you may need on your journey. As a matter of fact, so called 'dental tourism' is becoming a thing in Bosnia and in the rest of the Balkans as many visitors find dental services very good and several times more cheaper than in their home countries

Another useful tip when it comes to shopping: Go to second hand stores! 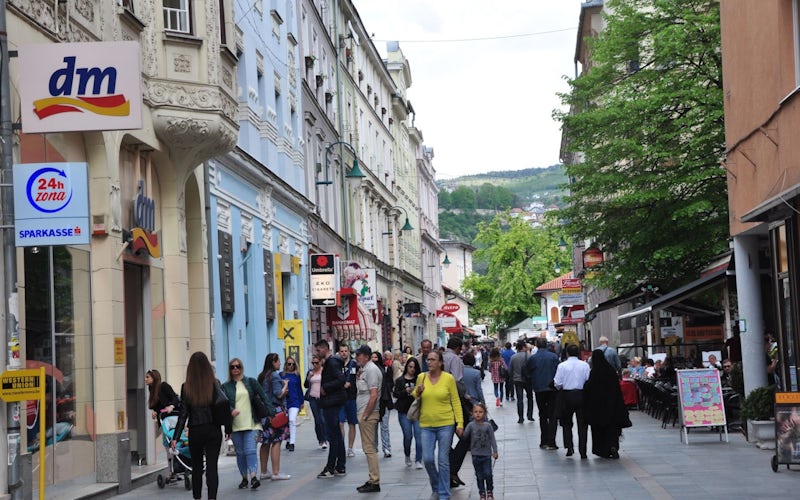 Many people don't have enough space in their suitcases or backpacks and can't take every little thing with them when traveling longer distances. So, outlets and second hand stores are really the best money saving option here. There are plenty of those wherever you go and some of them are selling used but still good sportswear you may need for your skiing, hiking or biking trip.

A few words on transport

The best way to travel through Bosnia and Herzegovina is by bus. Not because it's cosy or fast, but for being the most reliable means of getting from one point to another in this country.

If you buy a return ticket from the same company, you will usually get around 60 percent discount or more. Bear in mind that you can only use it if you are going back with the same company, because in other cases you will have to pay a full price of the single ticket. 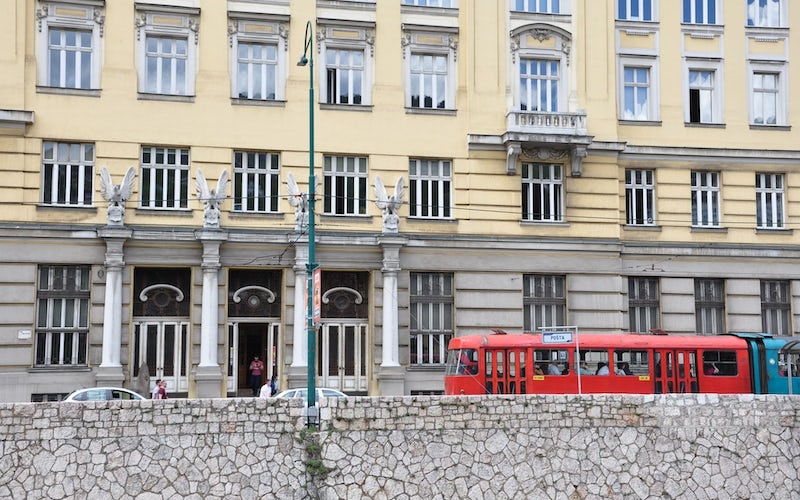 Riding on a train through Bosnia is a fantastic option when it comes to sightseeing, but due to the big number of old vehicles and even older railways, rides can be delayed and/or canceled.

If you’re with a group of people, you can always rent a car. This way you can share the costs but also experience the Bosnia your way. And last, but not the least, there is hitchhiking!

Don’t forget that on the road you can meet a lot of people that don’t speak English, so this could be one of the problems when hitchhiking. Best thing would be if you could write down locations you’re heading to and, in case of need, show it to the driver. Also, it wouldn’t be bad to learn few words and phrases in Bosnian.