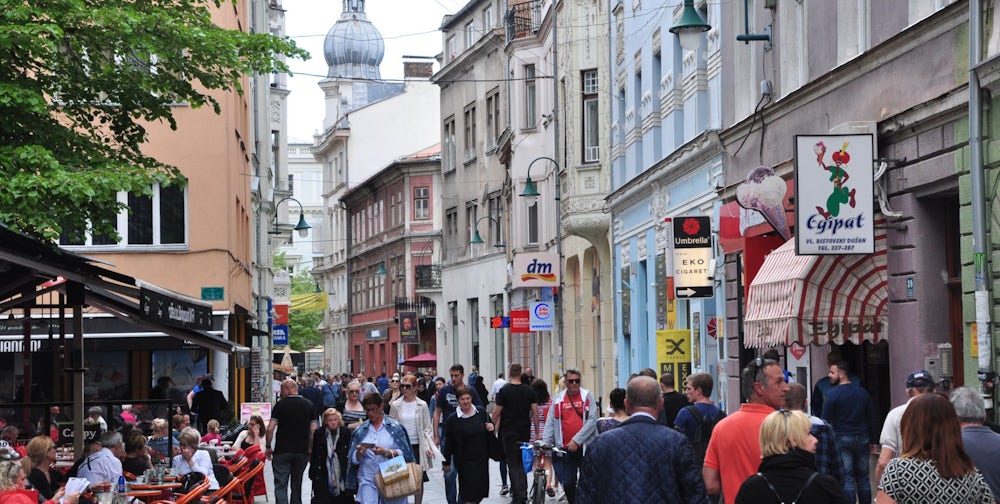 Architecture in Sarajevo: Walking down the History Lane

Walking around Sarajevo and gazing at the exterior of the city's buildings can teach you a lot about its history. Here's how to view Sarajevo's architecture while walking around the city.

Traveling the Balkans, one often hears the phrase ‘where East meets West.’ But once you are in Sarajevo, the capital city of Bosnia and Herzegovina, you suddenly realize that you will not need a historian to explain why. The best teacher for a first time visitor is Sarajevo’s architecture, which reflects the history of the city in an unusual way, and all this just by walking down the main street.

Travelers usually take their first walk down the main pedestrian street, starting from Sebilj, a wooden fountain built in the Ottoman style. Sebilj is a popular meeting spot where locals and tourists can be often seen feeding pigeons and enjoying traditional Bosnian coffee in one of the many coffee shops. 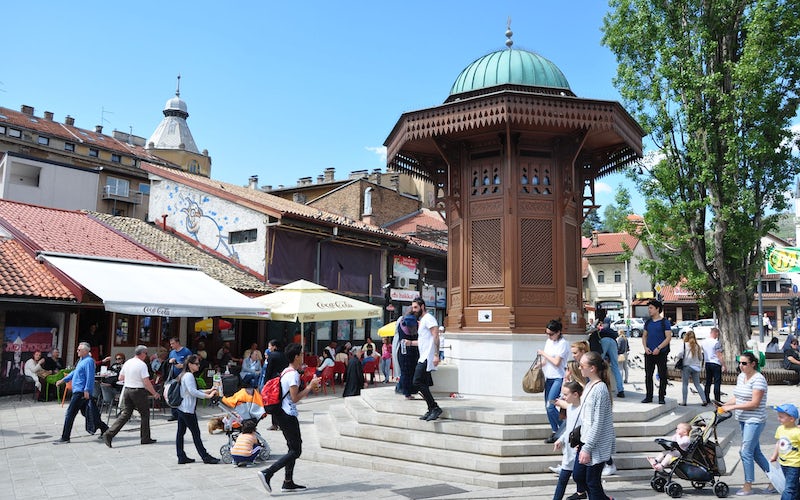 This spot is the heart of historic Baščaršija, the old Ottoman part of the city built in wood in stone. In a rough translation from Turkish, Baščaršija means ‘main market’, and to this day, it remains a colorful and vibrant bazaar of Sarajevo. Here, one can buy souvenirs and traditional clothes and taste local food and drinks. 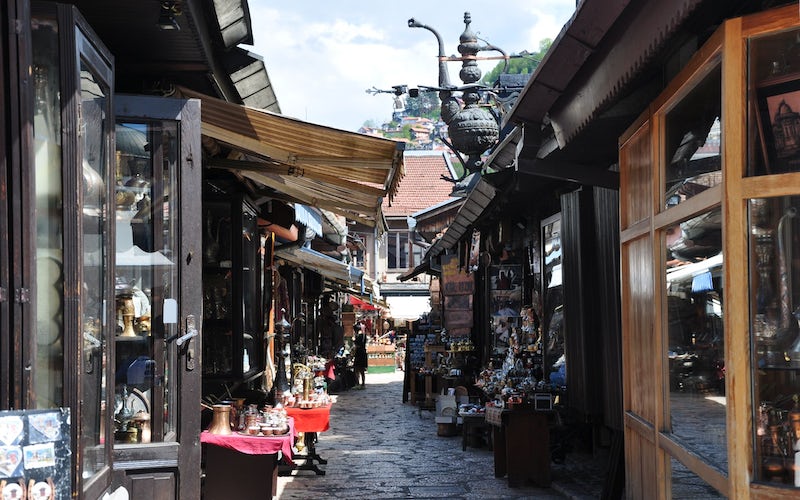 3. Buildings from the Austro-Hungarian era

Walking a little further down the same street, visitors can witness Baščaršija blending into solid historical buildings raised during Austro-Hungarian times – same as the ones we see in Vienna or Budapest. During this era, Sarajevo got modern, administrative and cultural buildings. Many of them still serve their primary purpose to this very day and host state and city government, universities and theaters. 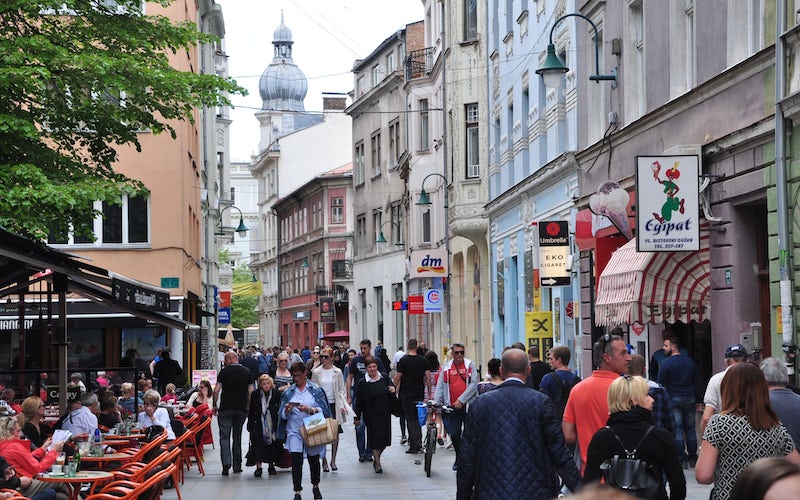 Still along the same route, we suddenly see minimalistic and concrete buildings from the 45 year socialist period, built during the existence of Socialist Federal Republic of Yugoslavia, of which Bosnia and Herzegovina was a part. This was the era of industrialization, where concrete mostly replaced previously used materials, and the architectural landscapes of Sarajevo were changed one more time. 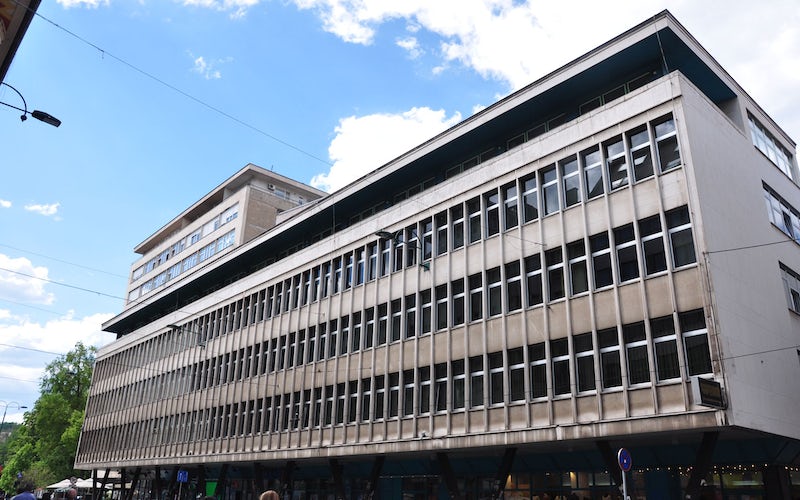 At the beginning of the ‘90s, during the Bosnian war, Sarajevo became a warzone and suffered the longest siege of a capital city, in the history of modern warfare. Unfortunately, under the siege, many historical buildings and sites were burned and destroyed. However, today, in 2017, most of them have their old looks.

New 'post-war' architecture, with business buildings and shopping malls, is dominating the lower center of the city. 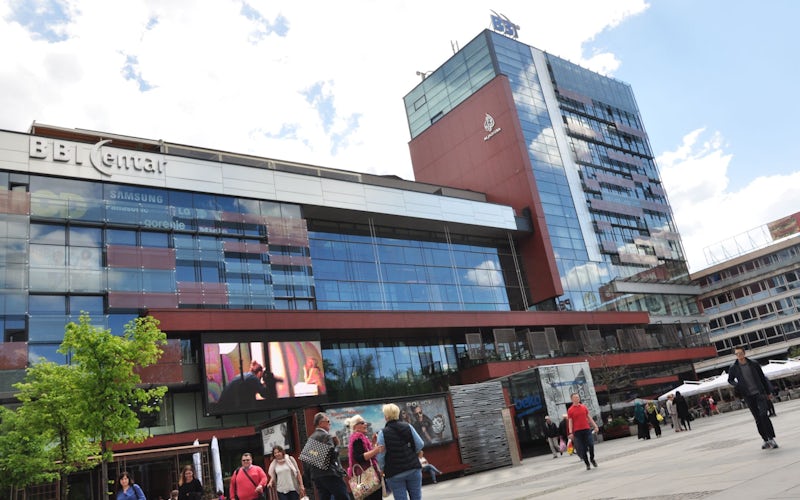 In this short walk ‘down the history lane’, one final thing is worth mentioning. Often called the 'European Jerusalem', for its multiculturalism, Sarajevo is one of the world’s rare cities where one can find a synagogue, a mosque, an orthodox church and a catholic cathedral – all placed in a radius of a few hundred meters in the very center of the city.