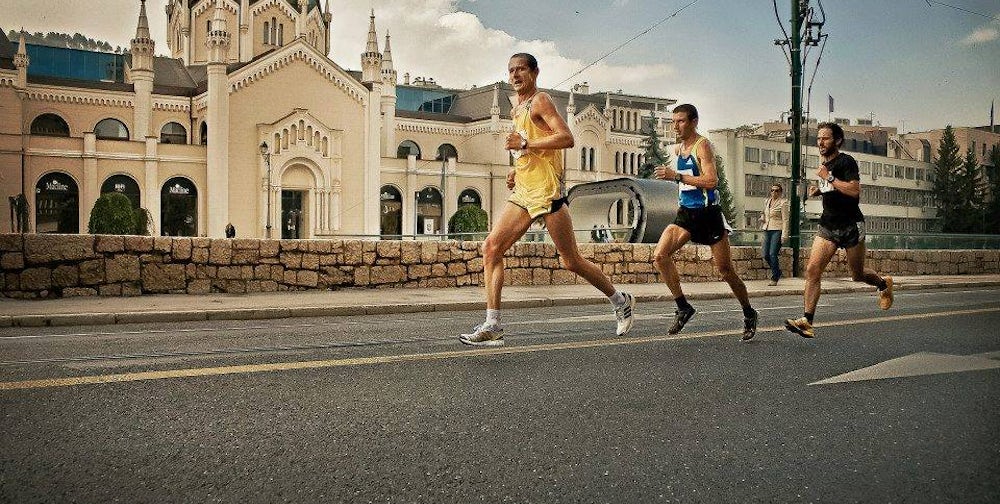 A Guide to Sarajevo's Races and Running Events

Here is a guide to the running calendar of Sarajevo and some information about favorite runners' training routes in and around the city. Also, the article contains tips for running in Sarajevo in different seasons.

Sarajevo runners mark the beginning of every year with an informal midnight 5K race, on December 31st, 12 a.m. The race was initiated several years ago by members of a running school (‘Klix’) and has become a tradition now. The location of the event is a favorite and the most visited running street in Sarajevo downtown – Wilson's lane. It's easily accessible from all central parts of the town and, more importantly, easy to find for runner-travelers who would like to start a new year in running shoes. What to wear? This is the coldest part of year in Bosnian capital, and temperatures may go as low as minus 70 degrees Fahrenheit during the night, so make sure to put on your warmest running clothes. Gloves and headwear are mandatory!

The first three months of year are the poorest in running events in the city. Also, due to very low air temperature, fog and smog, you will not see too many runners outdoors. Only the bravest ones and those despising treadmills. Speaking of treadmills, a number of sport and fitness clubs in the city downtown are equipped with treadmills and there is no excuse for missing out on your training routine.

Spring in Sarajevo carries along more sun, significantly longer period of daylight, warmer weather and new races. The first official 5K spring run takes place in end of April. It starts off in Marsala Tita Street and takes you through the old town, where you get to see some major historic landmarks of Sarajevo. Regardless of your finish time, a medal is guaranteed!

This race is followed by runners’ favorite 10K night run in May already, with the start and finish line also in Marsala Tita Street. Why is it a favorite amongst runners? It’s simply because it is a unique experience to run through the city under the streetlights, passing by historic buildings, bridges, the old town, and finally sprinting down the main street to the finish line. 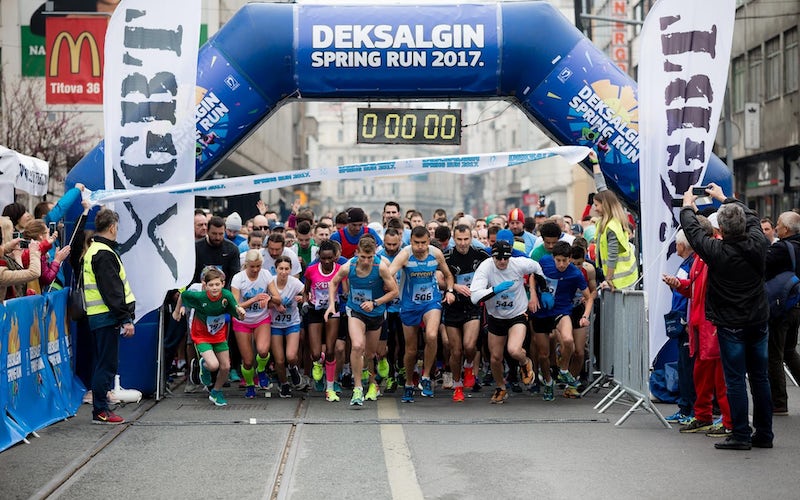 Runners at the start line of the Spring Run 2017. Photo:NGO Marathon Sarajevo/Facebook 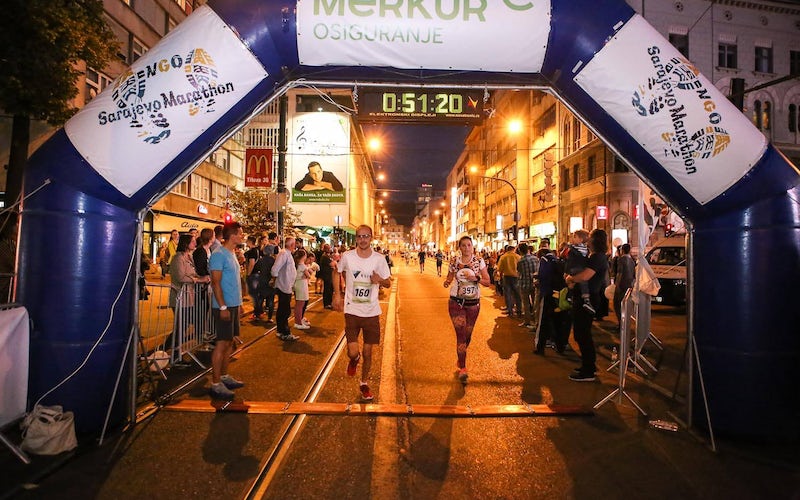 Springtime is actually the most enjoyable part of year for running in the Bosnian capital. The winter and everything it entails is gone, and the summer heat is still away. Air temperature ranges from coldish to pleasant, roads are not icy and slippery anymore, and everything that can surprise you during the run is occasional rain.

Favorite running routes of the locals are aforementioned Wilson’s lane, a long alley near the spring of Bosna river, Bentbasa park, or any other route down/up Miljacka river. Sarajevo is actually very running-friendly, and the only part you should avoid is the main promenade – Ferhadija and the old town – Bascarsija, due to a large number of pedestrians. 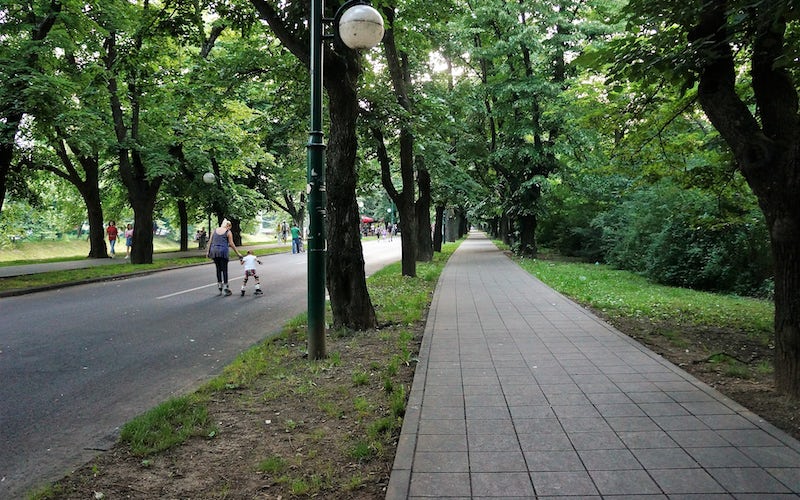 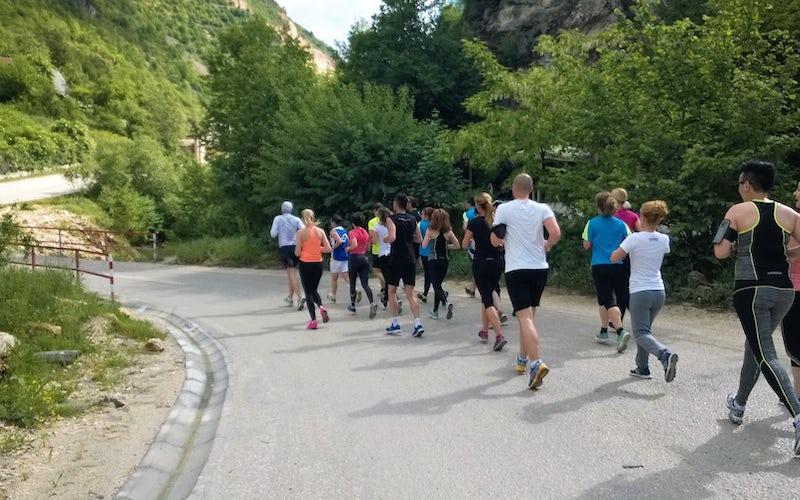 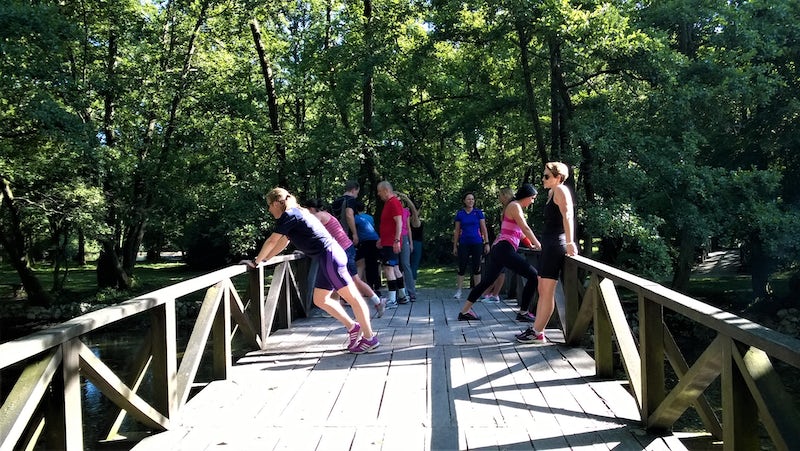 Runners taking a rest and stretching at Spring of Bosna River. Wonderguide/Lejla Mujagic. 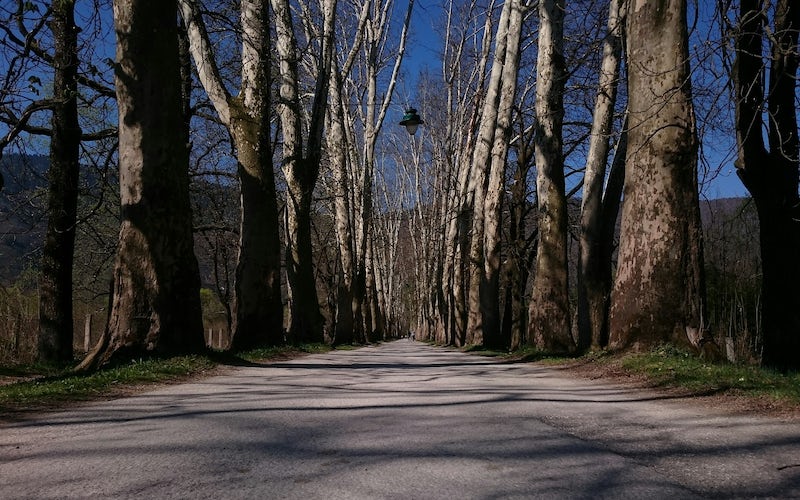 A long alley near Spring of Bosna River. Wonderguide/Lejla Mujagic.

Arrival of spring also gathers new generations of so-called running schools, who make their first running steps in Wilson’s lane. It's a cheerful group of people who will be glad if you join them for your daily run or will at least encourage you with a few words as they pass by you.

Let’s take a break from road running. Maybe it is still not as popular as road running, but trail running is slowly climbing up the scale of popularity in Sarajevo as well. Hills and mountains surrounding the city offer a wide range of routes both for beginners and those in better shape.

The most popular one is Mount Trebevic, accessible on foot from the very center of the city. You won’t miss seeing a trail runner on any weekend (even during the winter!) on one of Trebevic’s marked paths, training hard for an upcoming race. An advice for tourists and visitors: contact one of the trail running teams to join them for a run on weekend, they will be more than happy to have you as company; wandering alone in unknown may not turn into the best experience. 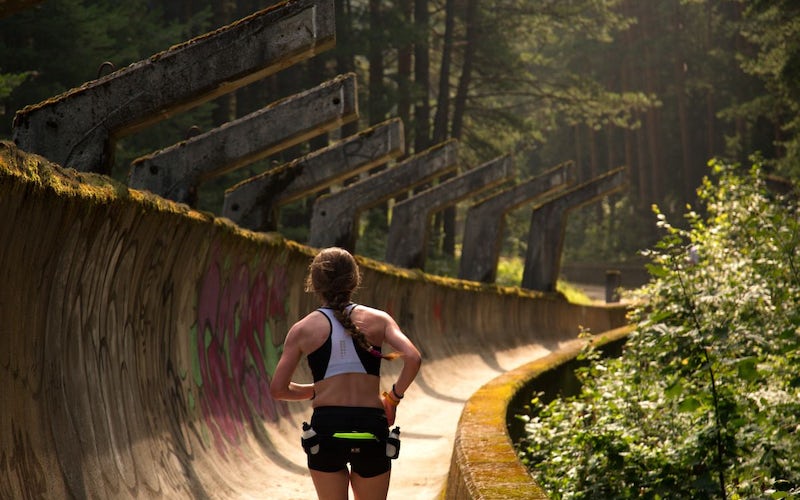 The first of a few official trail running events is held in the end of June/beginning of July. ‘Vucko trail’ takes place on Mount Bjelasnica and Mount VIsocica, and it welcomes numerous runners from country and the region. With the start at Babin Do valley, it offers courses of 13/36/65 kilometers. It is important to note that this race is in the International Trail Running Association (ITRA) system and each course provides finishers with ITRA points.

During this run you will see amazing panoramic views over these mountains, unique nature, and a lot of greenery. Since this is already summertime and weather is slowly becoming unbearably hot down in the city, this escape to mountains and its fresh air is a must. 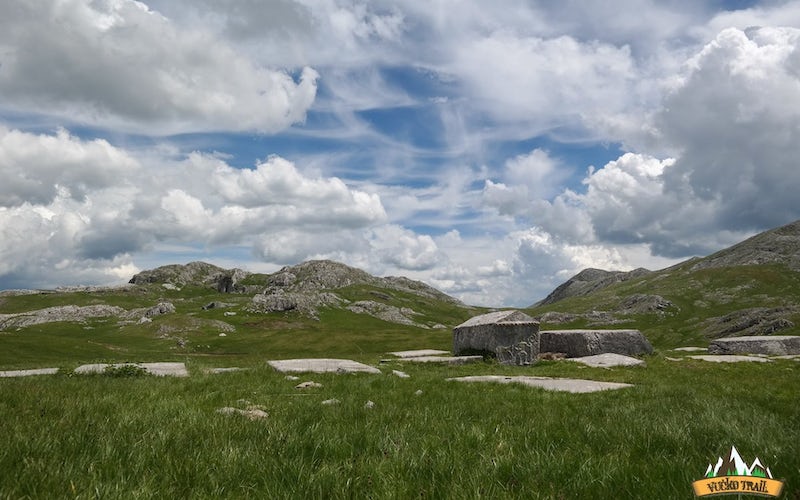 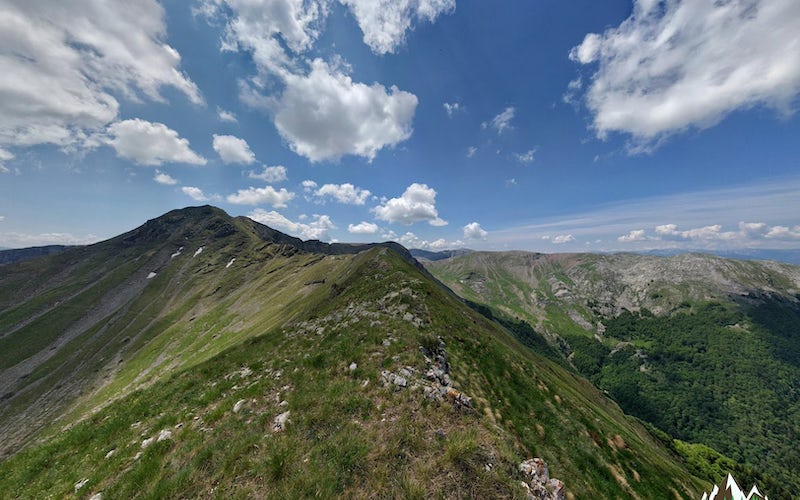 All participants can be sure they will enjoy the hidden beauty of BiH mountains and cultural heritage gems during the race. Just like ‘Vucko trail’, ‘Jahorina Ultra Trail’ courses also provides ITRA points. 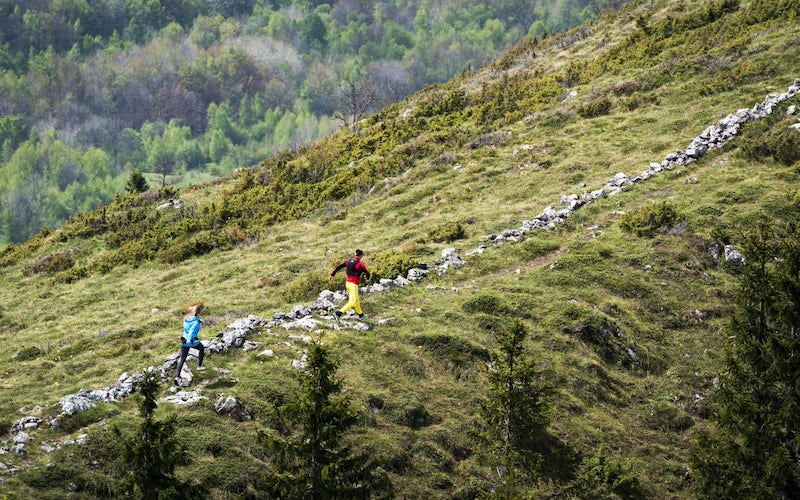 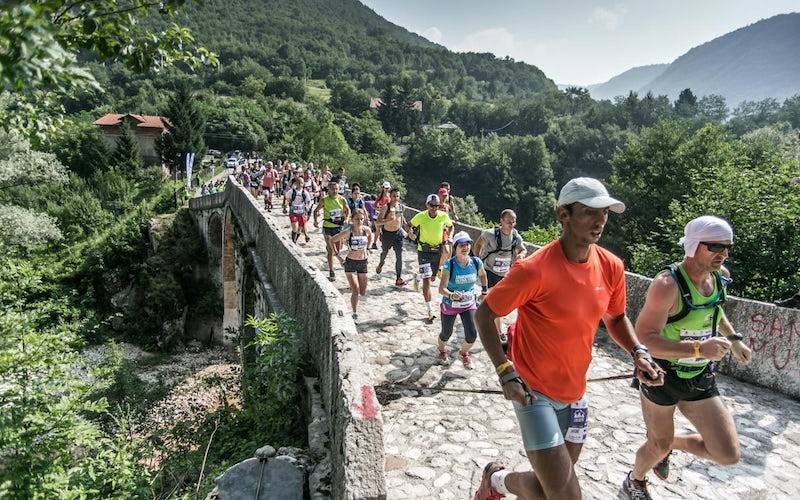 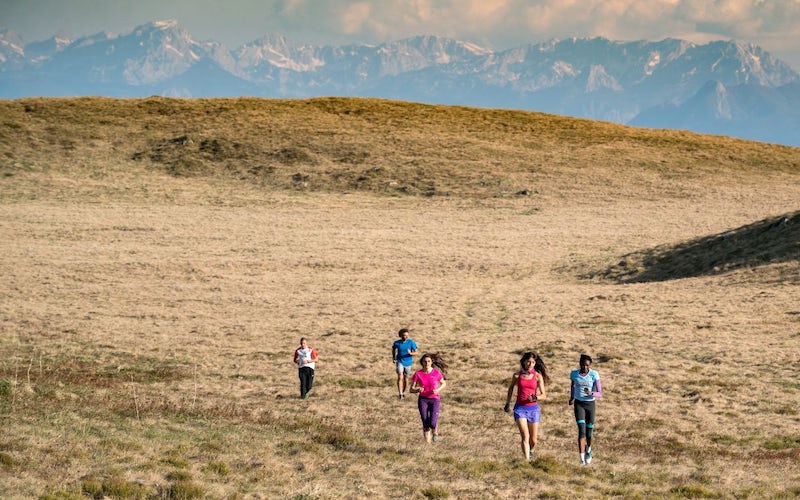 Back down to the road. September is the month of the year that many local runners impatiently await. It is sort of a running holiday because it is the month when the Sarajevo Halfmarathon takes place. Not long ago it was initiated by a small group of running enthusiasts, but in a few years it grew into a respectable event, visited by runners – both professional and recreational – from the whole region and rest of Europe, putting the city on the "running map" of the world.

The course of the race is fast and flat, taking the runners through the most beautiful parts of the city. For those still not ready to run the full distance, there is relay halfmarahton and 4K fun race. One event that precedes Sarajevo Halfmarathon is ‘Girls on the Run’ race, gathering the female runners of the city and encouraging future runners. Again, taking place in the famous Wilson’s lane. 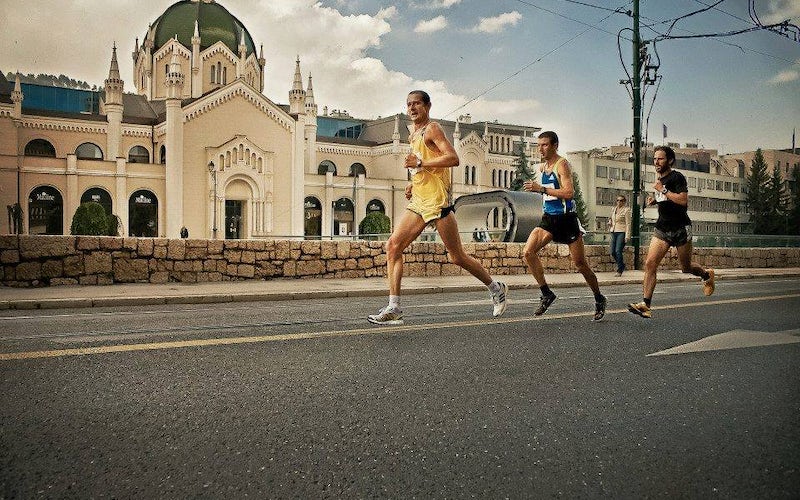 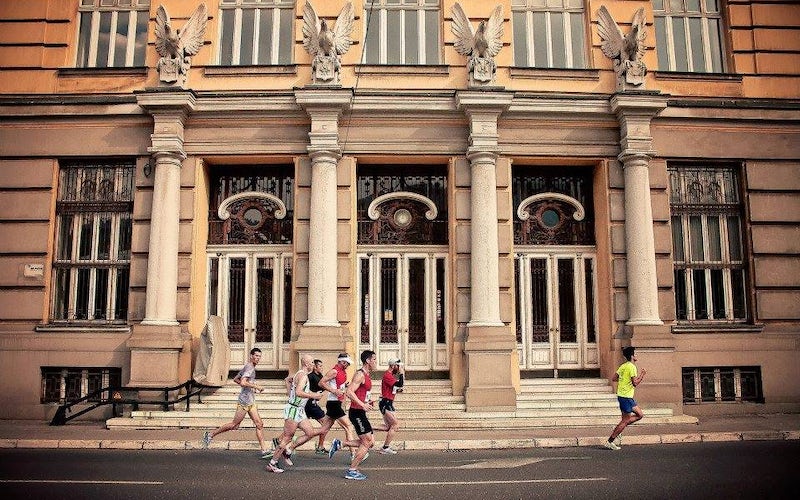 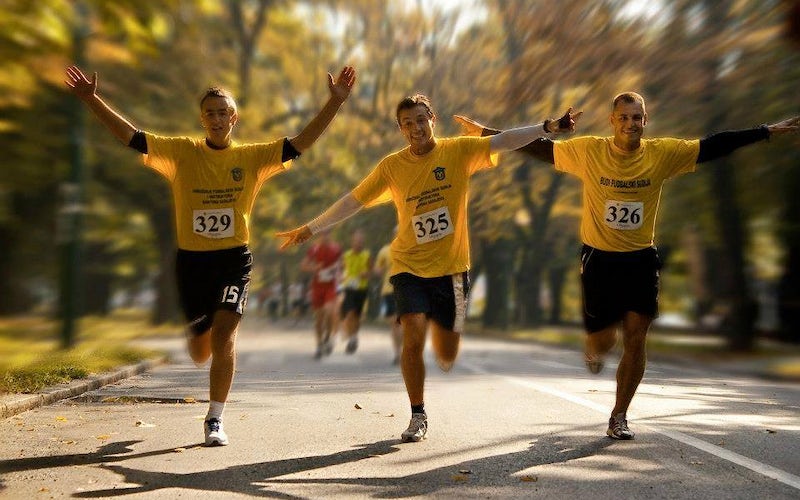 Last but not least, the final race of the year is ‘Skakavac Trail’, taking place in early October. This event was named after a beautiful waterfall – Skakavac, 322 ft high, which makes it the second highest waterfall in Europe.  Three courses of 7.5/13/32 kilometers take you to beautiful green landscapes, coniferous forests, and favorite picnic areas above the city. The starting point is easily reachable from the city by car. And note to yourself: the area around the waterfall is extremely slippery so make sure you are wearing the right running shoes. 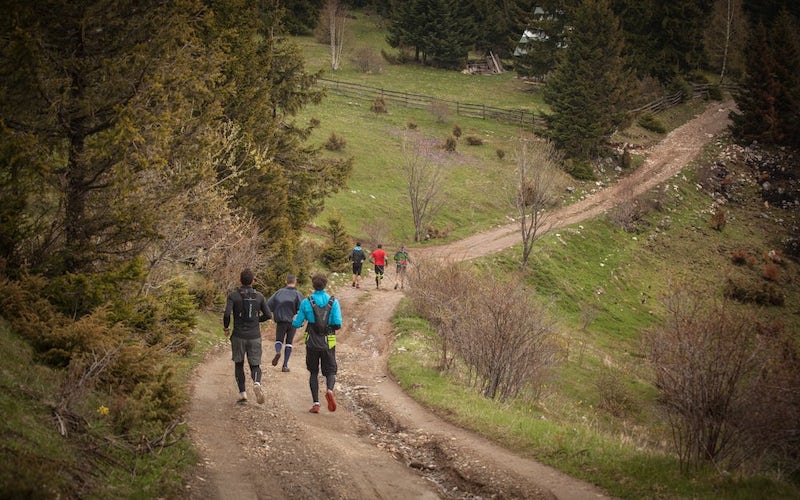 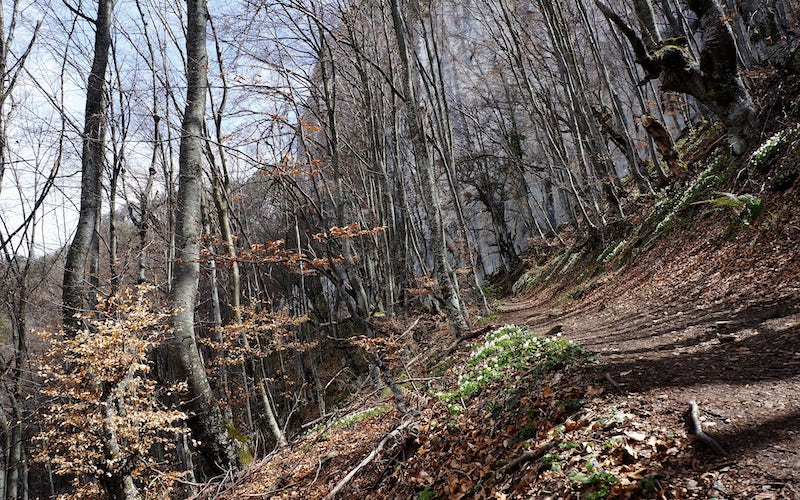 Organizers of all these events are reachable through their official websites and social network pages for registration and accommodation tips. Telling from increasing number of participants of these events, runners are gladly returning to Sarajevo races.