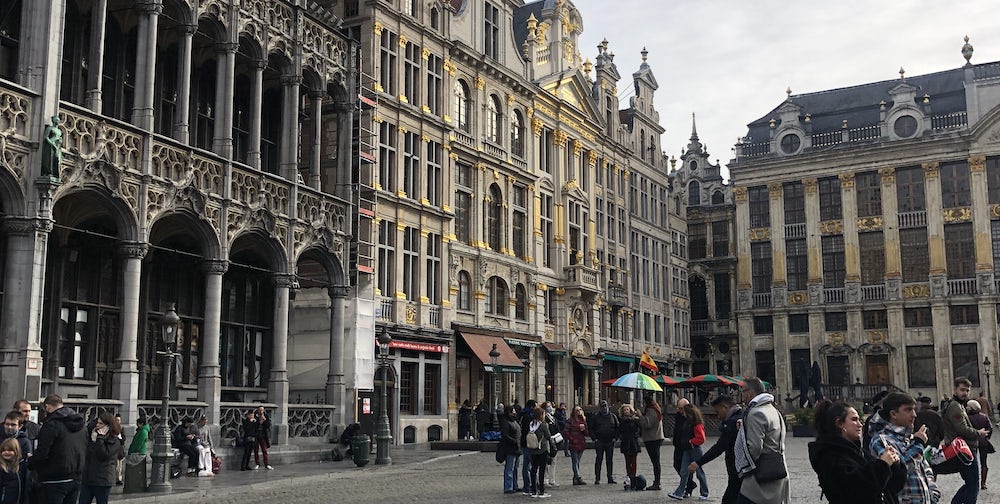 A Short Weekend in Brussels – A 48 Hour Itinerary

Brussels, the capital of Belgium, is an ideal city for a weekend trip. It is a city of roughly two million inhabitants, which means that it is the perfect size for a short stay. Here’s how to put together a bulletproof itinerary for a two-day trip to Brussels.

Before getting into landmarks and restaurants, I will briefly discuss best ways of getting to the city of Brussels. How to get there, of course, depends on where in the world you are living. If you live in Europe, you're perhaps contemplating whether you should fly or opt for a train ride instead. I prefer trains, particularly if you live in a city relatively close to Brussels (such as Amsterdam, London, Paris, Cologne etc). But flying is certainly an option, as you will find out. 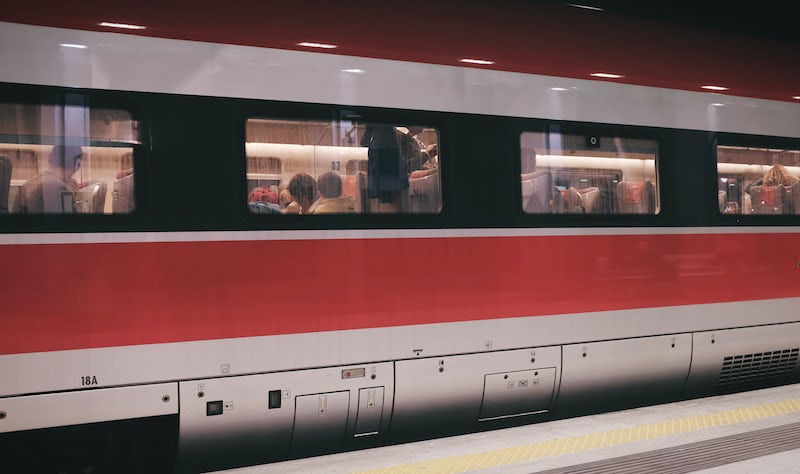 For those of us based in Europe, getting there by train is a very feasible option. It is also a more environmentally friendly alternative than air travel. For reference, I’ve listed a few cities in Europe alongside the length of the train ride to Brussels as well as the lowest price I could find for a one-way ticket:

I always find prices of train tickets a bit random, to be honest. But if you want to guarantee a low price, it’s best to book several weeks in advance. I’m aware that it is often the case that airline tickets are cheaper than train fares. However, there’s always a hidden cost that comes with flying, such as getting to and from the airport and paying for luggage allowance. This is something you should take into the account when you’re evaluating the costs and benefits of travelling by trains versus airplanes. 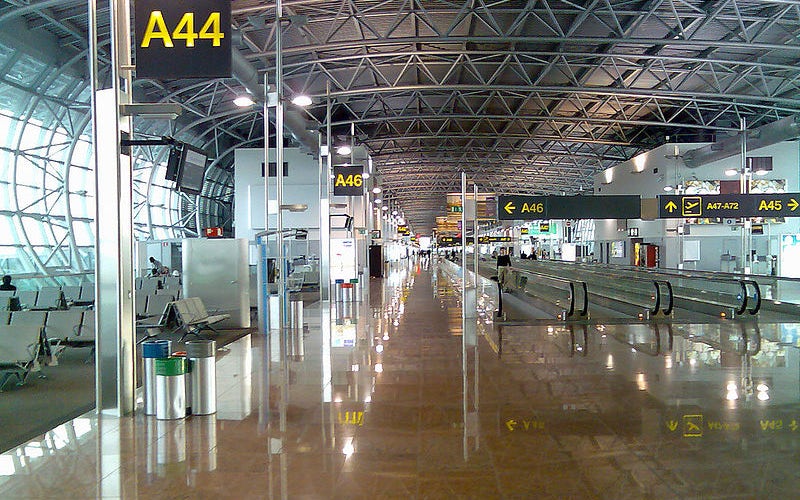 The Brussels Airport is located 12 kilometers from the city centre. Photo/Wikimedia commons.

You can fly directly to Brussels from various cities in Europe. Brussels is rather centrally located which means that the flying time hardly ever exceeds three hours, that is, if you’re flying from another destination in Europe.

There are some direct flights from the US to Brussels (from New York, Washington, Atlanta and Chicago).

The Brussels airport is located just 12 kilometres (7.5 miles) northeast of the city centre. The taxi ride to the city centre takes around 20 minutes and costs under 50 Euros. Buses also travel regularly from the airport to downtown Brussels. The bus ride costs 6 Euros and takes around a half an hour. The train is a very quick option – it takes 17 minutes but it’s more expensive than taking the bus, or usually around 13 Euros. 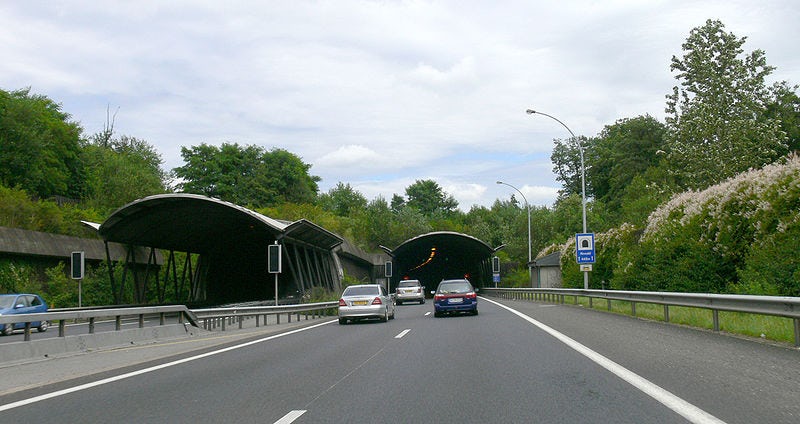 Belgium has a good network of motorways - but bad traffic at times. Photo/Wikimedia commons.

If you’re based in Europe, driving to Brussels is surely an option. Belgium has a well-developed road network, although the traffic can be notoriously heavy at times.

Travelling by car gives you the freedom to move around and drive to nearby cities if that is something you fancy. However, you also must consider the time and money that goes into looking for parking spaces, sitting in traffic, and (depending on your navigation skills) getting lost.

In Belgium, the traffic is on the right and the speed limit is 120 km/h on motorways and 50 km/h in urban areas.

Assuming you have two full days in Brussels, I’ll take you through both days from morning to night, starting with breakfast. I’m also assuming you like croissants and other baked goods, which is why I recommend that you drop by at your local bakery for a croissant and coffee to start your day. Brian Joyeux is a fabulous French bakery in downtown Brussels that offers a variety of French pastry, such as macarons, galettes and the iconic Paris-Brest. 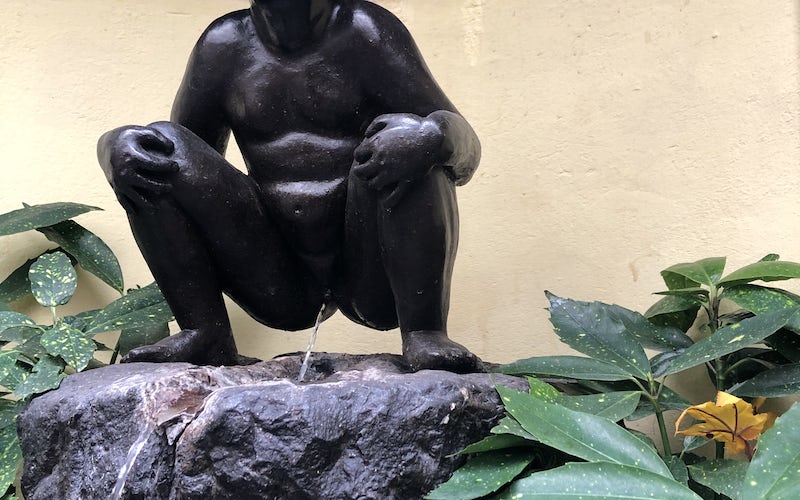 Now when you’ve had your croissant, it is time to explore the main attractions in Brussels. Mannekin Pis, the tiny little sculpture of a peeing boy which is now the most famous landmark of Brussels, is of course a must-see. Fewer may know that the boy also has a female counterpart – a peeing girl called Jeanneke-Pis. It is a short walk from Mannekin, so make sure you don’t miss her.

Allow yourself to get lost in the streets of downtown Brussels before heading to a museum. I recommend either the Magritte Museum or the Horta Museum (not to be confused with Galerie Horta). The Horta Museum is an art-nouveau style building that used to be the studio and the private home of Brussel’s most significant architect, Victor Horta. The interiors of the house have largely been retained, and so have the decorations. The visit takes around 30 minutes and booking is required.

For lunch, head to La Marée for amazing seafood or escargots. After that, go back to your hotel for a little siesta or stroll around town to see more landmarks (such as the Grand Place, the Brussels Town Hall and the Royal Palace of Brussels). 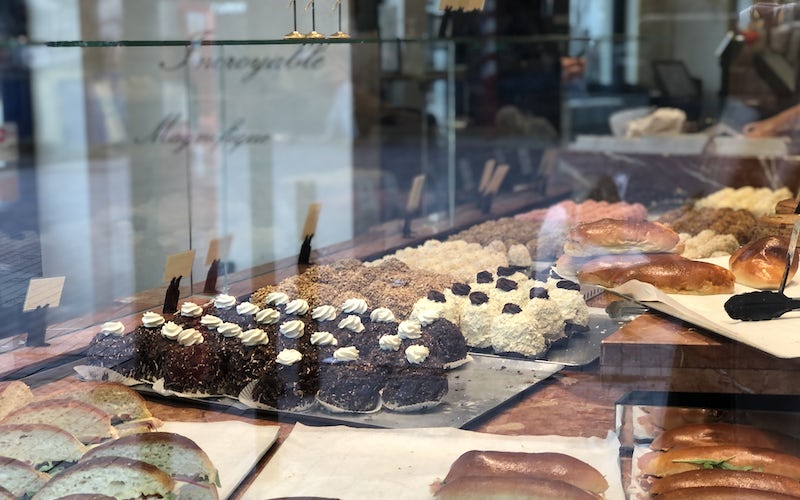 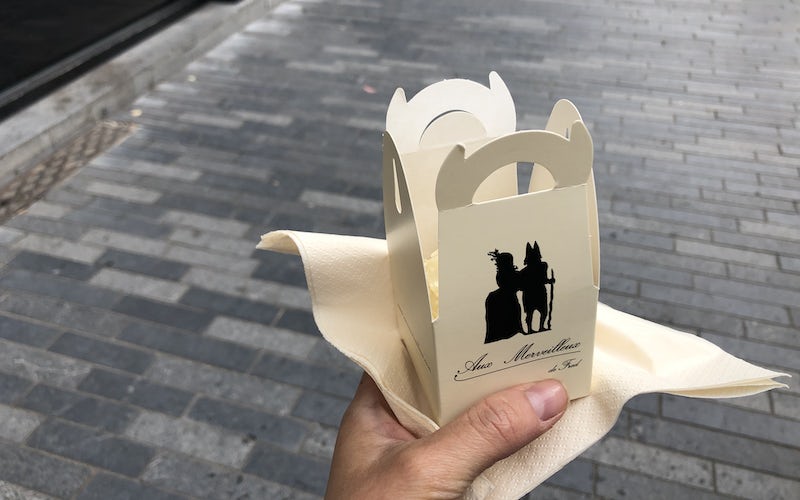 A bite-sized meringue in an elegant box. Wonderguide/Nina.

Since Belgian chocolate is world famous for its taste and quality, you will surely be tempted to treat yourself to an expensive box of chocolate. By all means go for it! I recommend a chocolatier called Benoit Nihant. Try the Caramel and Pecan Nut Crunch Delicube. Another option is to visit Aux Merveilleaux de Fred, a bakery known for its fluffy and exquisite meringues.

If you want something uniquely Belgian for dinner, In’t Spinnekopke is your best bet. You’ll see a lot of strange things on the menu, such as intestines, pig legs and other traditional staples. However, if you’re more into modern cuisine, go to Le Selecto, which has beautifully merged the concepts of ‘a bistro’ and gastronomy. 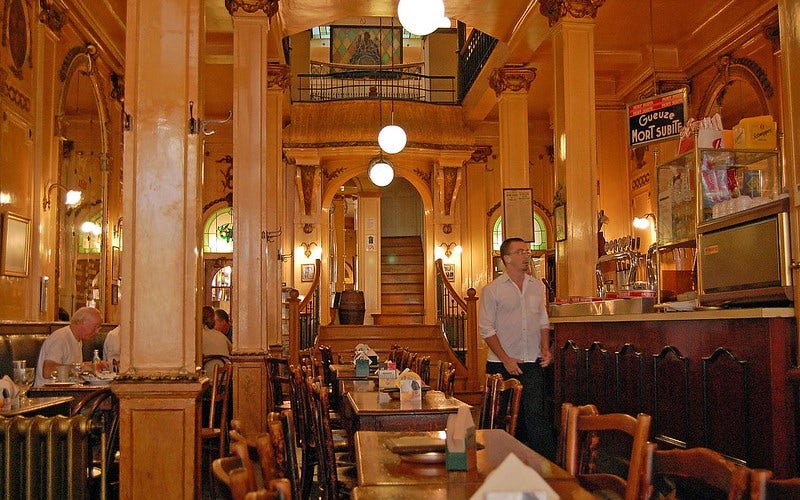 After dinner, head to À la Morte Subite, an elegant beer hall where you can sample the Belgian beers of your fantasies 🍻

Start your day at Kaffabar, where you can get great coffee and weekend breakfast staples such as croissants, granola bowls and avocado toasts. After breakfast, go to the Royal Palace of Brussels, the official palace of the Royal Family of Belgium, where you can look at the most extravagant interiors imaginable. Keep in mind that the palace is only open for visitors during summer. Booking is required. 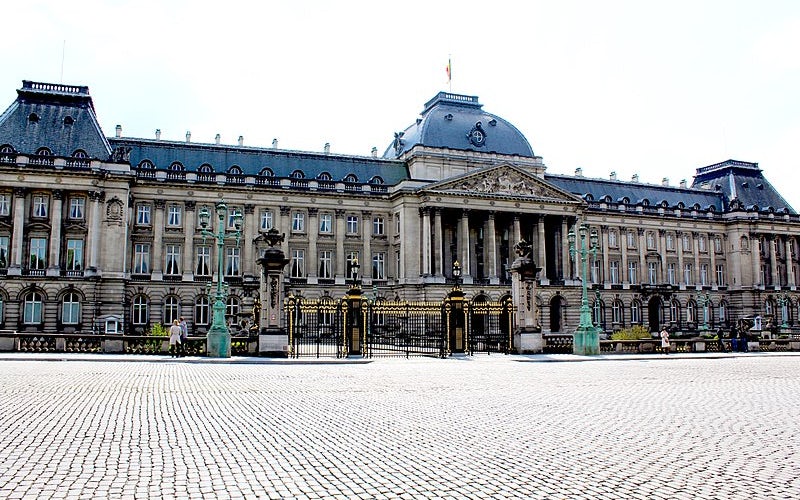 During the summer, the Royal Palace is open for visits. Photo/Wikimedia commons.

Have lunch at the elegant Sentro - À Table Avec Vincent Masson or if you opt for something more casual, go to Bia Mara for gourmet fish and chips.

Again, it’s time to stroll around a bit. Sablon is a very elegant neighbourhood worth exploring. It has loads of antique shops and a gorgeous cathedral. Another option would be to go to Saint-Gilles, which is a hip and multicultural area, and a home to numerous nice eateries, vintage shops and street art.

If you’re lucky enough to be hungry again before dinner – treat yourself to some fries. Contrary to the common belief, french fries originated in Belgium. There are plenty of shacks in Brussels serving delicious fries, with a selection of different local dressings and dips. One popular place called Fritland is located in the city centre. If you want to try something different, go for the andalous dip instead of ketchup.

It’s time for dinner. Le Chou de Bruxelles is a great choice if you like mussels and fries – ‘moules frites’. For something totally different, try a trendy African place called Kicoucou. 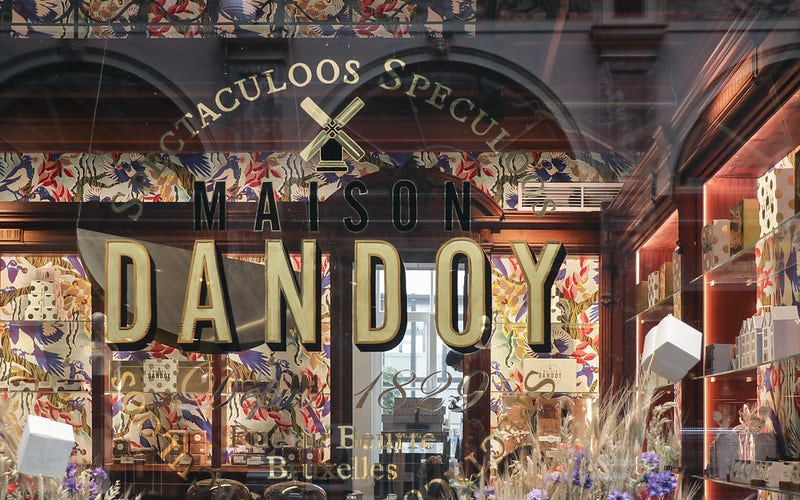 Maison Dandoy is considered to be one of the best waffle places in Brussels. Flickr/Kotomi_.

After dinner, it’s ideal to savour the last moments in Brussels by simply pub crawling or having a delicious Belgian waffle for dessert. When it comes to waffles, Maison Dandoy won’t disappoint! For the pub crawl, stay in the city center or head to Châtelain, which is an area known for vibrant nightlife and trendy bars.

The Glory Of Holland: Amsterdam And Windmills Galore
Experience·$66